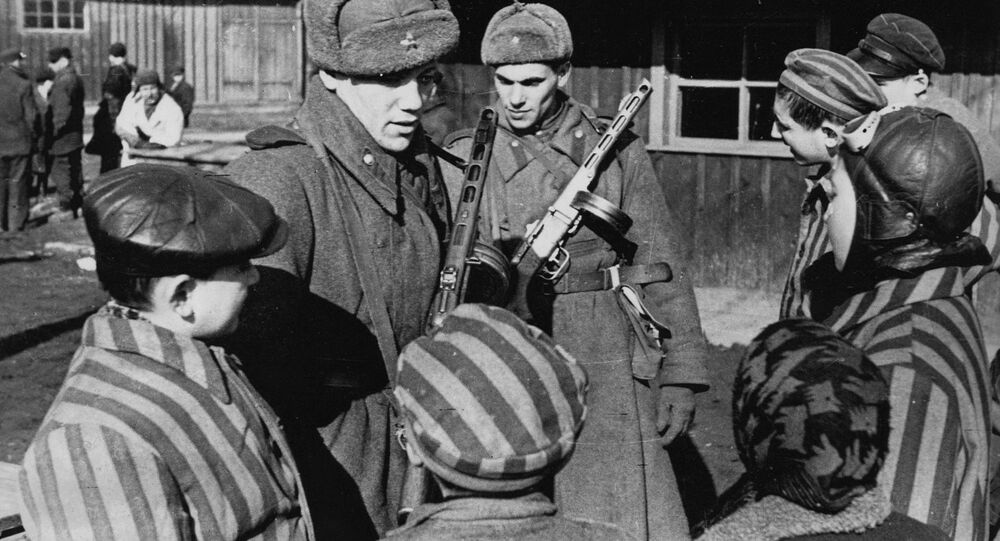 January 27 marked the 75th anniversary of the liberation by the Soviet Red Army of the Auschwitz-Birkenau death camp, where about 1.5 million people, predominantly Jews, were killed by Nazi forces between 1940 and 1945.

Der Spiegel has extended apologies over its recent allegations that it were US troops that liberated the Auschwitz-Birkenau concentration camp from Nazi troops.

“We made this extremely embarrassing mistake on Thursday evening […] for which we can only apologise. We corrected it on Friday morning [by saying that Auschwitz was liberated by the Red Army]. We assume that the Thursday screenshot is circulating as a just punishment”, Der Spiegel stressed in a tweet late last week.

The statement followed the magazine publishing a graphic on its Twitter page, asserting that the US Army ("amerikanischen Armee") was the one that freed Auschwitz during World War II.

Pence Hails Liberators of Auschwitz, 'Forgets' to Name Them

It was preceded by controversial remarks by US Vice President Mike Pence who spoke at the fifth World Holocaust Forum in Israel, dedicated to the 75th anniversary of the liberation of the death camp.

He praised the "resilience of the Jewish people" and the courage of those who liberated the camp's prisoners without mentioning Red Army soldiers by name.

“When soldiers opened the gates of Auschwitz on January 27, 1945, they found 7,000 half-starved, half-naked prisoners, hundreds of boxes of camp records that documented the greatest mass murder in history”, Pence said.

It remains unclear why Pence failed to single out that those "soldiers" belonged to the Soviet Red Army, specifically the 100th Infantry Division and the 60th Army of the 1st Ukrainian Front. No US servicemen took part in Auschwitz’s liberation.

More than 200 Red Army soldiers gave their lives in the battle to free the notorious concentration camp, where Nazis killed over one million Jews, along with thousands of Soviet, Polish, and Gypsy prisoners of war, between 1940 and 1945.