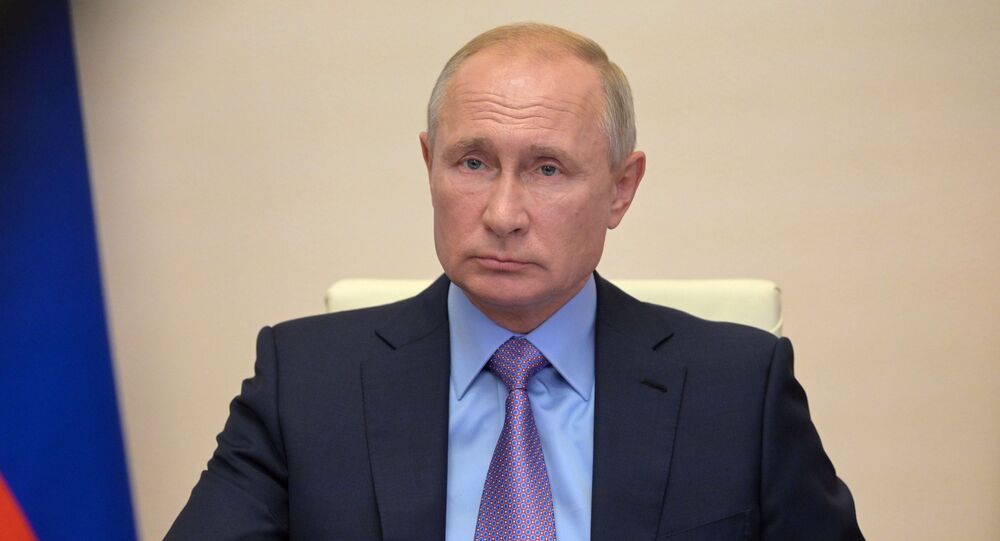 PETROPAVLOVSK-KAMCHATSKIY (Sputnik) - Russian President Vladimir Putin has refused to comment on US President Donald Trump's claims that Russia allegedly sponsored his rival in the US presidential race, Joe Biden.

"No comment", Putin said as aired by the broadcaster Rossiya 1.

During the final debate ahead of the 3 November vote, Trump claimed that Biden had received $3.5 million from Russia through Putin. Biden rejected ever taking "a penny" from foreign sources and also expressed a belief that Russia did not want him to win.

"It is known that Elena Baturina was doing business or maybe — I do not even know about that — is still doing business. Probably, she had numerous business contacts, business ties with her foreign partners. Are there Americans on this list? I just don't know anything about that", Putin said when asked to comment on the allegations.

Kremlin spokesman Dmitry Peskov on Friday said, commenting on the debates, that the contenders in the US presidential race "compete for who dislikes Russia more". The Kremlin has repeatedly denied any attempts to meddle in US domestic affairs.

This is not the first time US politicians and the media have pushed the so-called "Russian Meddling" narrative, with the FBI and US Cybersecurity and Infrastructure Security Agency (CISA) recently claiming that a group of hackers funded by Moscow had infiltrated government servers.

The American media also claimed that the scandal around Hunter Biden's leaked emails was also an operation by Russian intelligence, however, the FBI stated the case has no links to Moscow.

Over the last several years, the Kremlin has repeatedly denied allegations in the US media about meddling in American elections, stressing they had no evidence and were just part of the internal political struggle in the United States.