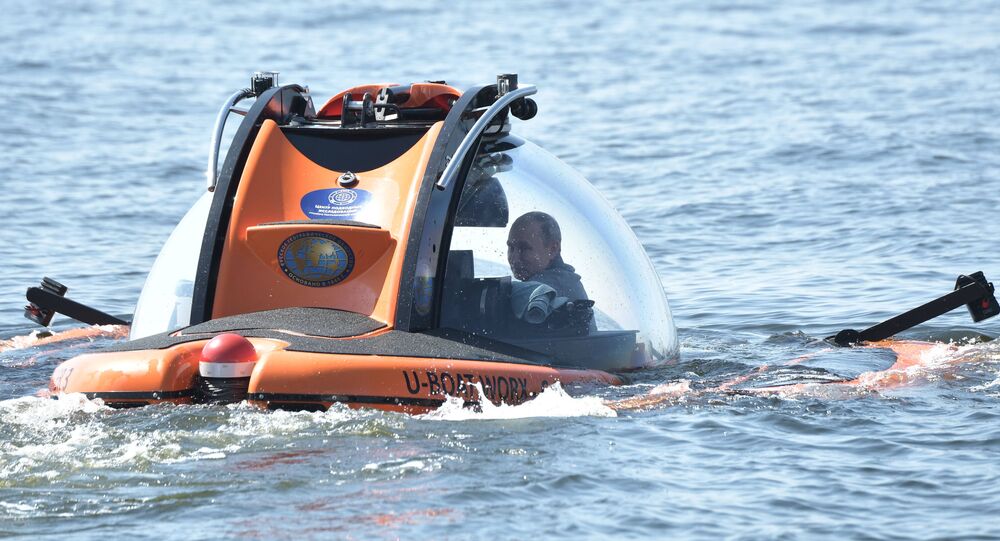 The Russian president participated in an underwater ceremony of plaque mounting on the hull of a sunken WWII-era submarine earlier this summer. A military security sweep revealed many unpleasant surprises.

An entire field of World War II-era anchored mines was discovered during a security sweep conducted ahead of Russian President Vladimir Putin’s visit to Gogland Isle in July.

The president, accompanied by Russian Minister of Defence Sergei Shoigu, travelled to the island to attend an underwater ceremony to mount a plaque on a hull of the sunken Sch-308 Syomga submarine.

Baltic Fleet commander Admiral Aleksandr Nosatov said in an interview for Russian media that the mine field was discovered by the Aleksandr Obukhov, an Alexandrit-class minesweeper. All mines were detonated using underwater drones, he said.

Overall, in 2019, the sappers neutralized over 7000 explosive devices, Nosatov said.

The Sch-308 submarine, commissioned in 1933, disappeared during a mission in 1942. It was discovered during a historical maritime expedition in 2018, and was believed to have hit a mine. In July this year, the Russian Geographical Society organized an underwater expedition to the sunken ship, which took place on 27 July.

​Sergei Shoigu is the president of the society, and Vladimir Putin is the head of its Board of Trustees.

“It is one less missing crew today, and, on the contrary, it’s more people whom all of us consider dead for the Motherland,” Putin said after the ceremony, which included a minute of silence in remembrance of the sailors.

Answering a journalist’s question about his frequent participation in extreme physical pursuits, Putin said he seeks to better understand the conditions in which Russian people work.

“Our people work everywhere – in the air, underwater and underground. I believe I must visit the places where our Russian citizens, specialists, see how they do their job, in order to better understand the price of what many of these people devote their lives to,” the president told journalists.

Vladimir Putin: US Senate Unlikely to Remove Trump From Office

Putin Says Russia Will Do Everything to Support Sputnik's Work Abroad