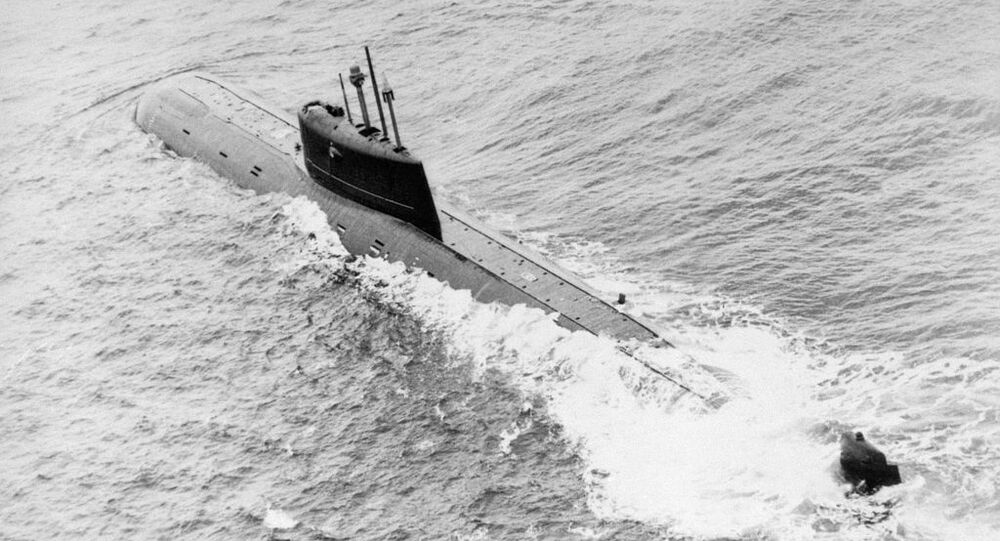 The Komsomolets sank 7 April 1989, after catching fire southwest of Bjørnøya in the Norwegian Sea. During the heroic attempts to extinguish the fire and save the reactor, and the ensuing ordeal in icy waters, 42 lives were lost, in one of the biggest tragedies in the history of the Soviet Navy.

The wrecked Soviet nuclear submarine Komsomolets is still leaking radioactive waste, 30 years after it sank southwest of Bjørnøya, a new report by the Norwegian Maritime Research Institute has confirmed.

This summer, the Institute of Marine Research, joined by their Russian colleagues and the Directorate of Radiation and Nuclear Safety (DSA), conducted direct research on the Komsomolets using a remotely controlled mini-sub, for the first time in thirty years.

Using the Ægir 6000 mini-sub, researchers took water and bottom sediment samples from depths of up to 1,700 meters. The simple conclusion is that the wreck is still leaking radioactivity since the Komsomolets is regarded as the only known possible source in Norwegian waters. The expedition also allowed the researchers to see the wreck with their own eyes, as the freshest pictures were from a Russian expedition in 2007.

“We also took samples a few meters above this pipe. There, we did not find any detectable levels of radioactive caesium, as we did in the pipe itself, DSA researcher Justin Gwynn said.

"Based on our observations, the releases of 137Cs from the Komsomolets to the marine environment appear to vary in amount and duration", the report said.

According to research leader Hilse Elise Heldal, the detected radioactivity neither surprising, since previous Russian research also documented leaks, nor alarming, since the emissions are quantitatively insignificant.

“What we have found during the expedition, has very little significance for Norwegian fish and seafood. The levels in the Norwegian Sea are generally very low, and the pollution from the Komsomolets is quickly diluted, as deep as the wreck lies”, Heldal explained, which led the national broadcaster NRK to conclude that there is “no danger to either people or fish”.

This is in line with previous estimates of possible emissions from the nuclear-powered submarine, which saw no significant danger to fisheries in the Barents Sea. First, there are few fish at 1,700 metres deep. Second, the huge mass of water coupled with deep-sea currents will cause a rapid thinning of radioactivity.

​Still, both the Marine Research Institute and the DSA emphasised a persistent need for surveillance of the submarine's wreckage.

“Good documentation is needed of the levels in seawater, seabed and not least in fish and seafood”, Heldal said.

The Komsomolets caught fire on 7 April 1989, southwest of Bjørnøya in the Norwegian Sea. In the ensuing drama, during which the crew valiantly managed to shutter the reactor, 42 Soviet seamen perished.

The Komsomolets rests at a depth of 1,700 metres with a nuclear reactor and two torpedoes.