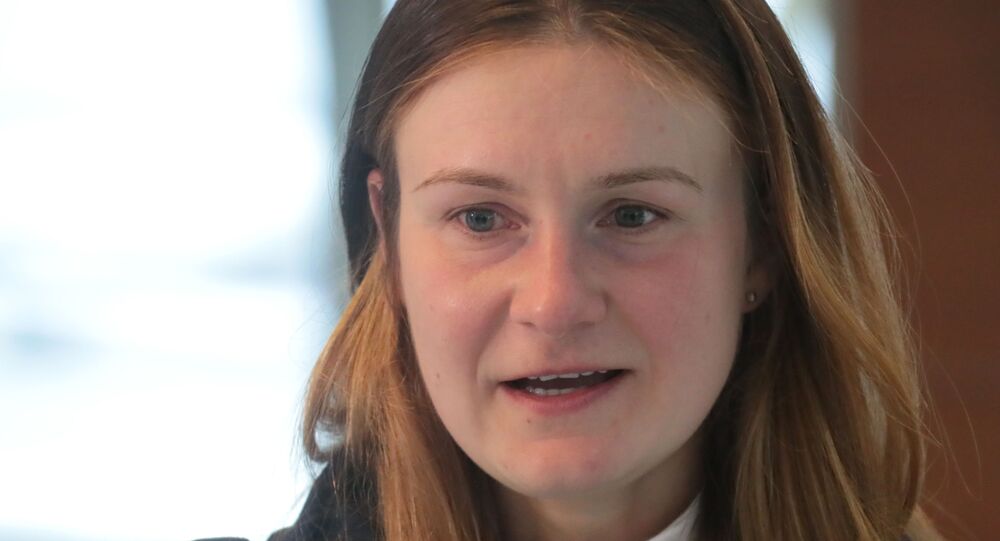 Russian National Maria Butina, Released From Prison in US, Arrives in Hometown

BARNAUL (Sputnik) – Russian national Maria Butina, who was released from prison in the United States after serving an 18-month term, has arrived in the Russian city of Barnaul, where she was greeted by her relatives.

"We are happy to be home, but we are very tired from all the attention", her father, Valery Butin, told reporters after the Moscow-Barnaul flight.

He also added that his daughter now "plans to rest and meet with family".

On 25 October, Butina was released from a prison in Florida and was deported to Russia. On Saturday morning, her plane landed at Sheremetyevo International Airport in Moscow, where she was greeted by her father and Russian Foreign Ministry spokeswoman Maria Zakharova.

Butina was arrested in mid-2018 in the United States on a single charge of conspiring to act as an unregistered foreign agent in the US. After being held in solitary confinement in a cage not larger than a single parking space, Butina pleaded guilty fearing an extended prison term.

Butina has decried the US judicial process for placing her in solitary confinement to force a plea deal before sentencing and refusing to release her on bail.

The Russian Foreign Ministry called the incident a disgrace of the US judicial system, with President Vladimir Putin saying Butina's indictment was unjustified because she was not tasked to perform any mission on behalf of the Russian government.