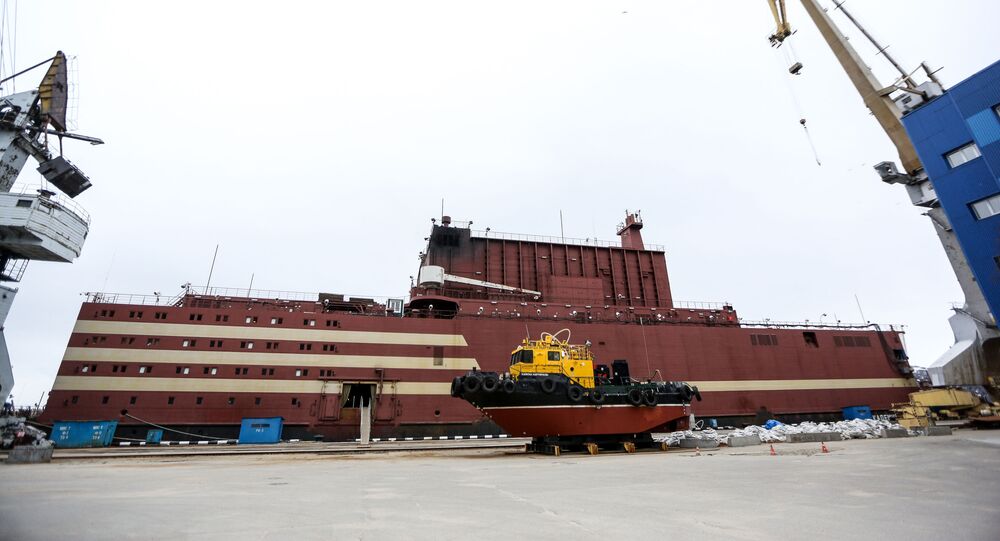 Following the terrible aftermath of the Chernobyl disaster, Russia later emerged as one of the world's leading nations in the sphere of nuclear power plant construction, equipping the facilities with top-notch safety systems and ensuring that nothing like the 1986 catastrophe ever happens again.

The world's first floating nuclear power plant, the Akademik Lomonosov, built in Russia, is preparing to set sail on its first assignment to the distant north-eastern areas of the country, where it will power a remote settlement on the shore of the Arctic Sea, Pewek, as well as offshore gas and oil platforms. The project, which serves as a proof-of-concept for such nuclear plants, will travel 4,000 kilometres across the Arctic to power areas of Russia that lack infrastructure or where the construction of conventional nuclear power stations is complicated by natural factors.

While the Akademik Lomonosov's operators are optimistic about the project's prospects, environmentalists cited by the German newspaper Handelsblatt have expressed concern over its safety, calling it a "floating Chernobyl", referring to tragic events in 1986, when large swathes of the USSR’s territory was contaminated by radioactive fallout following an accident at a nuclear power plant.

Raschid Alimov from Greenpeace indicates that since the floating power station will be operating in remote areas, it would take time for emergency services to reach it if a disaster were to occur.

"If something goes wrong, they won't be able to get there fast. The consequences for the region in the fragile Arctic will be dramatic", he said.

While Alimov didn't specify what exactly could go wrong with the top of the line power station, Russia's Rosatom, which oversees the construction and operation of the country's nuclear power plants, noted that the Akademik Lomonosov was classified as safe by the International Atomic Energy Agency and poses no threat to environment.

The vice president of Rosenergoatom, which operates the floating power station, Dmitry Alexeyenko, added in an interview with the German newspaper that the Akademik Lomonosov was designed to withstand a variety of threats to its stability.

"The floating nuclear power plant is much safer than anything else: it can withstand even the strongest tsunami and is literally unsinkable", he said.

The Akademik Lomonosov power plant has two reactors on board, generating about 70 megawatts, enough to power a city with 100,000 inhabitants and industrial plants. Apart from this, the power plant can be used to distil up to 240 million litres of water.

The Chernobyl disaster, referred to by Handelsblatt's contributors, took place in 1986 in the then Ukrainian SSR, where the fourth reactor block of the nuclear power station exploded on 26 April. As a result of the blast, radioactive dust spread across the neighbouring territories of the USSR. Thousands of men and women involved in efforts to contain the threat emanating from the destroyed block received massive doses of radiation.