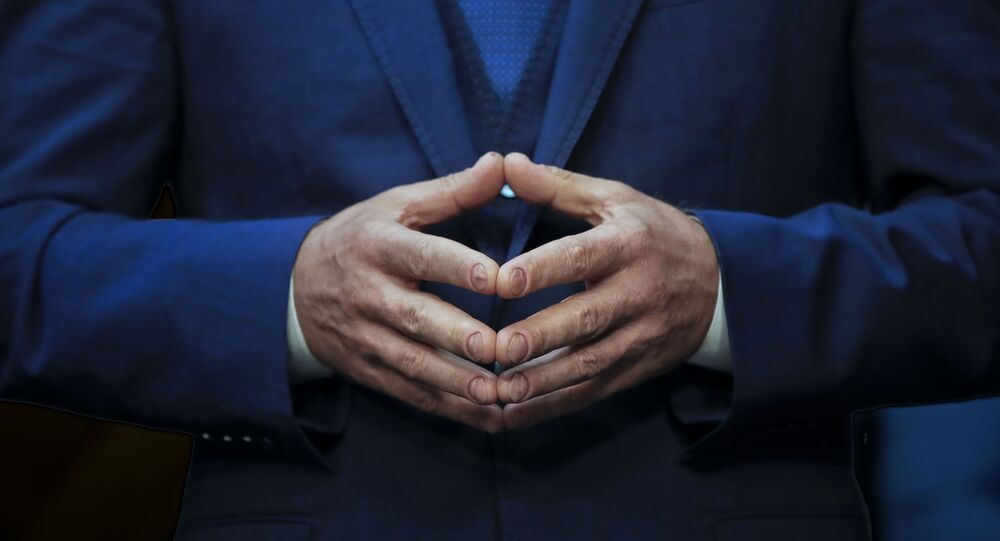 "The frankly criminal actions of the forces that were in power [in Moldova] are an obvious confirmation of our previously stated position on the need for a radical improvement of the current political situation in the republic. The demands of the people, often with opposing beliefs, about the need to 'de-occupy' Moldova from the criminal regime become even more clear", Kozak told reporters.

Kozak said that the head of the Democratic Party of Moldova, Vladimir Plahotniuc, offered the Socialist Party of Moldovan President Igor Dodon a secret agreement, that would oblige the party to shift the country's foreign policy vector from West to East. These proposals were categorically rejected by the Socialists, according to Kozak.

© REUTERS / Gleb Garanich/File Photo
Chisinau Police Detained 21 Instigators at Rally for Moldova-Romania Unification
Kozak added that recent events in Moldova were an internal political process, but it was important for Moscow that the foreign policy of the country to be determined by forces reflecting the will of country's residents.

On Saturday, the pro-European Democratic Party deputy chairman Andrian Candu said that the party would organize protests to force the president to resign, accusing the latter of betrayal and would call for new presidential and parliamentary elections to be held in fall.

Candu claimed that "until yesterday," the Democrats and the Socialist Party were involved in talks to form a government coalition after indecisive parliamentary elections in February.

The Democrats fail to agree with what they call unacceptable conditions put forth by the Socialists including federalizing the country, which the Communists say is a betrayal of the nation according to the politician. Dodon, in turn, said that he would not give in to pressure for him to step down.

© Sputnik / Miroslav Rotar
Moldovan Leader Vows to Examine US Plans to Build Military Facilities in His Country
On Saturday, Moldova's Socialists Party and the pro-EU ACUM bloc gathered in the national parliament to select leadership and start forming a coalition government. The leader of the Socialists, Zinaida Greceanii, was elected speaker of parliament.

Later in the day, the Moldovan Constitutional Court ruled that the election of Greceanii was unconstitutional as were all other decisions made by the national legislature after 7 June.