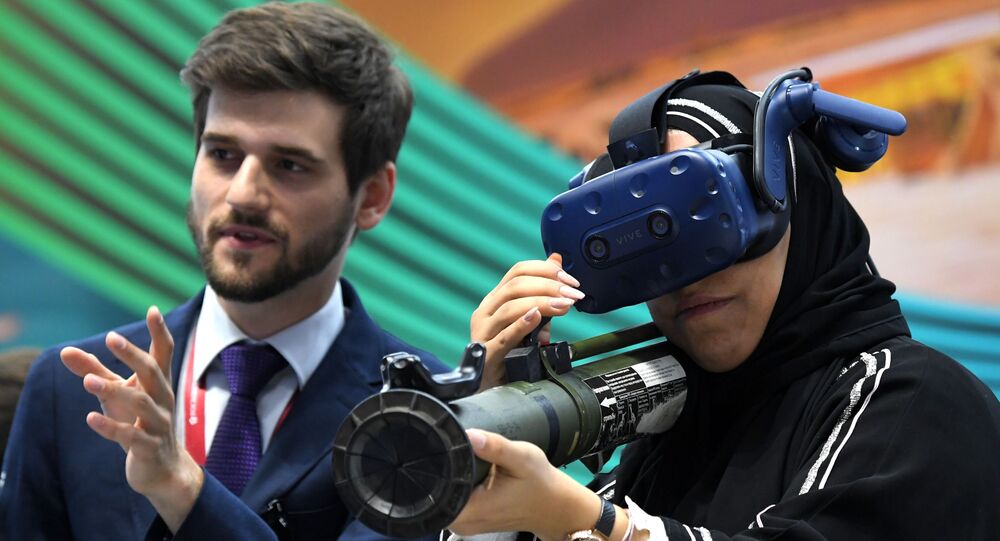 Although the annual St. Petersburg International Economic Forum (SPIEF) is mostly known for attracting major politicians and businessmen, sharing their visions for the future of both the Russian and global economy, the venue has much more to offer than that.

From the moment visitors entered the building where the SPIEF is being held, they were able to see just how different this forum is from others – it has been entirely turned into a "city" with its own "streets", "bicycle lanes" and even small "parks".

© Sputnik / Vladimir Astapkovich
SPIEF 2019 visitors on one of the "streets"

The idea behind the "Russia Extends" display, which is spread across the building, is to show the need to transform city streets in order to provide maximum comfort for both residents and tourists.

On one of the "streets" at the SPIEF, visitors could meet a robot called Pythagoras – a prototype of an educational platform intended to teach students the basics of creating other robots designed for social interactions. In the absence of students to teach, it merely offered to take selfies with bystanders.

Some of the visitors had the chance to not just see, but examine from within a golden Russian Aurus Senat parked at one of the SPIEF "streets" – a luxurious sedan based on the armoured presidential vehicle called the Kortezh.

Having first been presented during the inauguration of Russian President Vladimir Putin, Kortezh cars were later converted into the non-armoured Aurus model, which is expected to hit the civilian market in 2020. Retail prices for Aurus cars are expected to start at 10 million roubles ($152,000).

SPIEF guests also had the chance to test some unusual applications for virtual reality headsets – for example, picking suitable housing at an affordable price in a bank.

Users were able to have a tour of a desired apartment, take a look at nearby amenities and check out the view from the window by just using the VR headset with a virtual consultant right in the bank's office or without leaving one’s home. This could be useful for people wanting to buy housing in another city.

Other visitors decided to test Russian armaments, which were also presented in abundance at SPIEF stands.