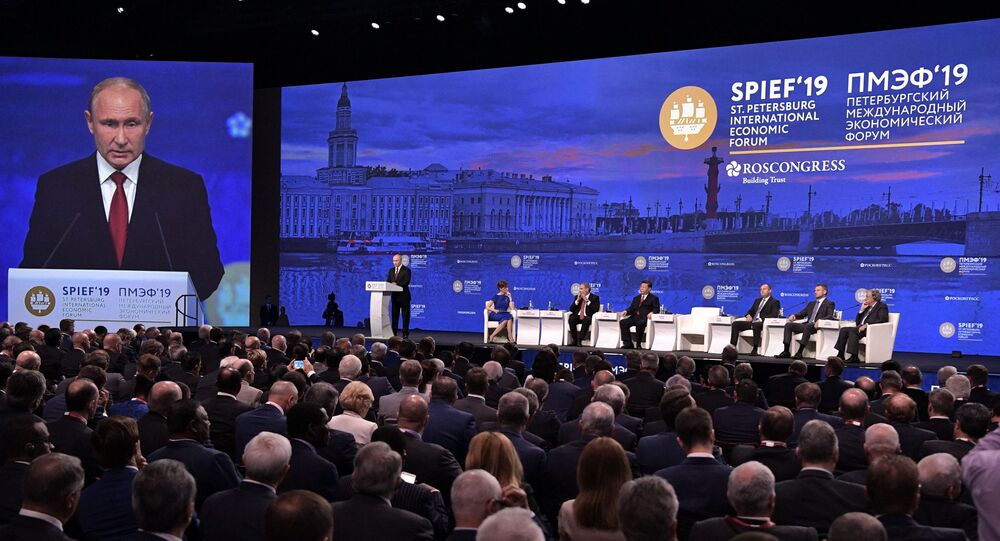 This year, the St. Petersburg International Economic Forum (SPIEF) is expected to bring together at least 14,000 guests, including heads of state and governments, corporate leaders, famous researchers, and many others. The event is also hosting a considerable vast Chinese delegation, led by President Xi Jinping.

Russian President Vladimir Putin has delivered an address at the plenary session of the 2019 St. Petersburg International Economic Forum (SPIEF).

SPIEF is an annual Russian business forum held in St. Petersburg since 1997. The event is taking place on 6–8 June at the ExpoForum Convention and Exhibition Centre.

International Economic Forum to Kick Off in St. Petersburg