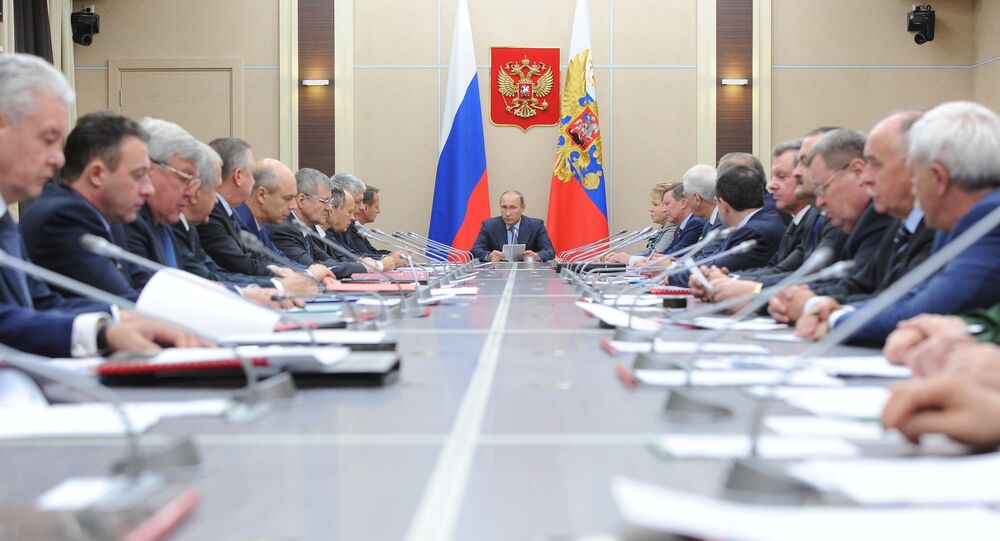 MOSCOW (Sputnik) - Ukrainian authorities and two rival churches have agreed to work together to avert religious strife after the leader of the Eastern Orthodoxy recognized Kiev’s religious independence.

"We discussed cooperation with the Interior Ministry to prevent sectarian strife, provocations and violence during the settlement process between the churches," Ukrainian Interior Minister Arsen Avakov said. In a statement published by his ministry, the Ukrainian interior chief said authorities would enforce the law and protect parishioners of both churches.

© AP Photo / Lefteris Pitarakis
Ukrainian Orthodox Church Refuses to Partake in Council Initiated by Non-Canonical Church
A dispute broke out Thursday over whether the Ukrainian Orthodox Church should be independent from the Moscow Patriarchate after the Istanbul-based patriarch recognized several separatist churches and their leaders and gave them back control over parishioners.

The Russian Orthodox Church described the proposed split as catastrophic for the Eastern Orthodoxy and millions of people in Ukraine and beyond. The Moscow-affiliated Ukrainian Orthodox Church said the synod’s decision was a hostile act and threatened the Constantinople patriarch with anathema.

Meanwhile, Russian President Vladimir Putin discussed on Friday with the permanent members of the Russian Security Council a wide range of domestic and foreign policy issues, including the situation around the Russian Orthodox Church in Ukraine, Kremlin spokesman Dmitry Peskov told reporters.

"The meeting discussed the issues on the domestic social and economic agenda, as well as  a variety of international issues," Peskov said.

"There was also an exchange of views on the situation around the Russian Orthodox Church in Ukraine after the well-known decision of the Constantinople Patriarchate," Peskov added.