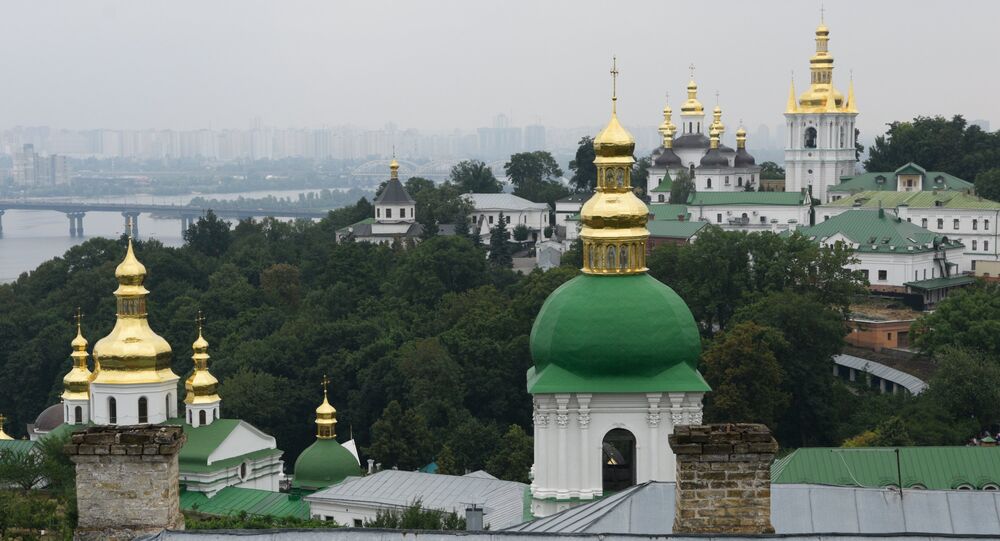 Ukrainian authorities began a formal campaign to try to separate the Ukrainian Orthodox Church from the Moscow Patriarchate last month, in a move opposition politicians have warned could have "disastrous consequences" in dividing Ukrainian society and threatening the country's statehood.

In a message addressed to Ukrainian Orthodox Church of the Moscow Patriarchate head Onufriy, Patriarch Kirill of Moscow, and Patriarch Bartholomew I of Constantinople, the Council noted that "when it comes to canonical issues, one mustn't be guided by political considerations." It warned, furthermore, that "rash and premature decisions" on the matter would lead to a division of the Orthodox world.

Ukrainian President Petro Poroshenko announced that the Constantinople Patriarchate had begun the procedure to create an "autocephalic" or "self-headed" Ukrainian Orthodox Church late last month, in a move Kiev claimed would remove the Russian Church "as one of the key tools of influence" over the country ahead of next spring's presidential and parliamentary elections.

The Council of Bishops' message pointed to the fact that Ukraine has several competing Orthodox Churches, and stressed that this issue must be resolved before self-rule is possible. "The status of autocephaly may be recognized only for one Church existing in a state. Ukraine has several schismatic church groups which must first repent before the canonical Church. Only then can one speak of autocephalic recognition," the message stated.

Finally, the Polish Orthodox Bishops noted that the issue of self-rule also requires consultations with all local churches. "Reckless and premature decisions on autocephaly in Ukraine may lead to further divisions," their statement warned.

© REUTERS
Easter Celebrations: Orthodox Christians Mark Christ's Resurrection
16
A communique from the Constantinople Patriarchate has confirmed that it will consider Kiev's request, but that it will also "closely communicate and coordinate with its sister Orthodox Churches concerning this matter." Archpriest Nikolai Danilevich, deputy head of the Ukrainian Orthodox Church's department of external church relations, said it is unlikely that the Constantinople Patriarchate will seek to disturb the unity of the Orthodox Church.