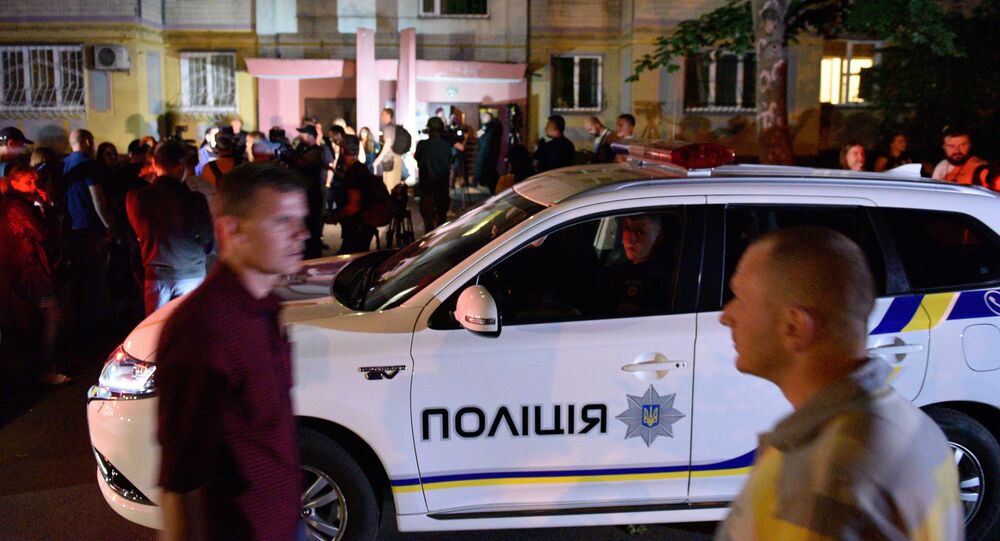 Security Service of Ukraine (SBU) chief Vasyl Hrytsak said Wednesday that Russian journalist of Arkady Babchenko, reported dead in Kiev, was alive, and reports suggesting he was murdered were part of an operation to thwart an assassination attempt against him.

Speaking at a press conference, SBU chief Vasyl Hrytsak said that he could offer his condolences to the family of Arkady Babchenko.

"But I will not do this. On the contrary, I… invite him to enter the room," Hrytsak said.

He added that those ordering the attempt on journalist Babchenko's life had planned to murder 30 persons on the territory of Ukraine.

According to the Ukrainian official, the reports of Babchenko's death were part of an operation to thwart an assassination attempt, after the Ukrainian security service received information about it.

"Three hours ago, the organizer of this crime was arrested in the city of Kiev. Investigative actions with this individual are underway… In order to organize this cynical plan, Russian security services recruited a Ukrainian national G, who was tasked with finding perpetrators of this cynical murder," Hrytsak said, adding that individual G was paid $40,000.

"The perpetrator was a highly professional killer, but he himself could not have planned this crime," Knyazev said.

According to the Ukrainian police chief, a person plotting to kill of the Russian journalist in Kiev had an accomplice.

Head of Ukraine's security service claimed that Russian special services ordered the murder of the Russian journalist in Kiev.

On Tuesday, it was reported that Babchenko, who moved to Ukraine in 2017, was shot dead near his apartment in Kiev. The Ukrainian police have launched a criminal investigation and said that two reasons could be behind the assassination, namely, the journalist's work and his position on some political issues.

"The fact that Babchenko is alive is the best news… The fact that the propaganda effect was planned in this story is obvious," Zakharova wrote on her Facebook page.

Arkady Babchenko is a Russian writer, journalist and military correspondent. He worked with Moskovsky Komsomolets, TVC and Channel One (Army Store). He also wrote articles for Novaya Gazeta. In 2017, Babchenko left Russia, after which he lived in the Czech Republic and Israel, in August 2017 he moved to Kiev, where he conducted a program on the television channel ATR.