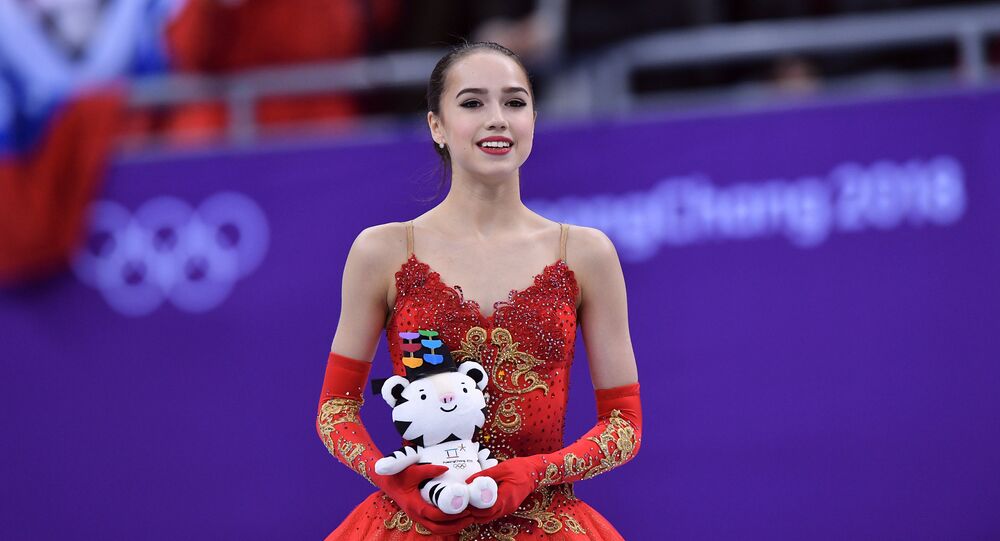 The sincerest wish of the 16-year athlete came true on Saturday after a meeting with an official from Japan.

Russian figure skater Zagitova received her long-awaited "prize" for her victory in the 2018 Olympics: a puppy of the Japanese breed Akita Inu.

The three-month old puppy, named Masaru, was brought to Russia by Japanese politician Takashi Endo and presented to the athlete during a ceremony at the Metropol Hotel in Moscow, which was also attended by Japanese Prime Minister Shinzo Abe.

Sharing her impression of the gift, Zagitova said that the dog was "very heavy, but funny" and joked that she would teach her new pet to skate.

Earlier, Zagitova asked her parents to allow her to get an Akita Inu if she wins the Olympics. She saw the photo of the dog during her stay in Japan ahead of the 2018 Olympic Games, where she won gold. Local authorities decided to make her wish come true.

According to the Japanese newspaper Asahi Shimbun, the story has caused a surge of interest in dogs of this breed, which became known to many after the release of the Hatiko movie.

Masaru has become the second dog of this breed given to Russia by Japan. Earlier, an Akita Inu was presented to Russian President Vladimir Putin and was named Yume, which means "dream" in Japanese.