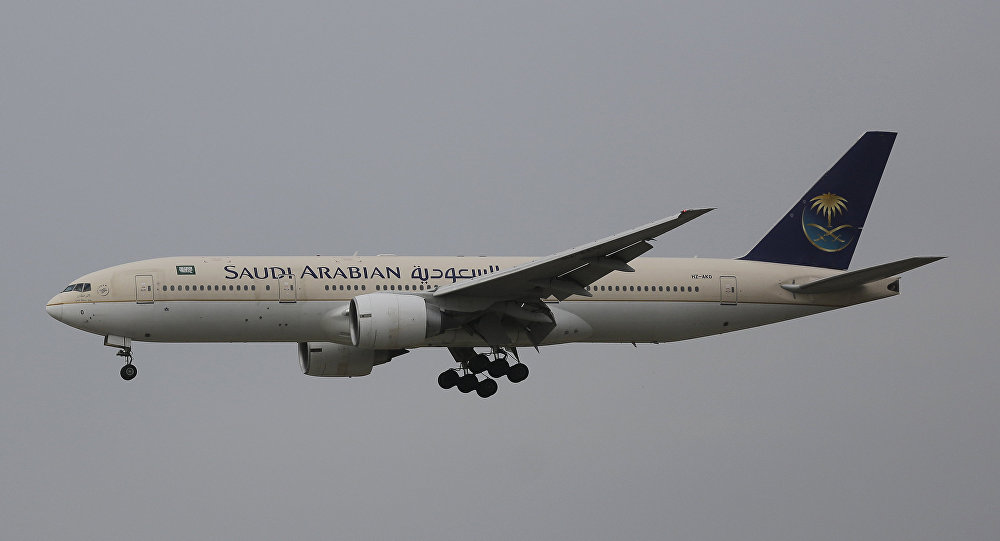 MOSCOW (Sputnik) - Saudi Arabian Airlines will launch daily direct flights to Moscow starting from June 12 due to the start of the 2018 FIFA World Cup in Russia, local media reported.

The airlines will carry out flights between the cities of Riyadh and Jeddah, and the Russian capital, the Saudi Press Agency reported.

Some 3,000 Saudis are reportedly expected to visit Russia. In general, more than 4.9 million tickets to the 2018 FIFA World Cup have been requested during the first period of the second sales phase, according to the FIFA press service.

The first game of the World Cup tournament — Russia vs. Saudi Arabia — will be held in Moscow on June 14.

A number of amenities, such as halal food venues and a special cultural center, will be available for Arab football fans who plan to visit Russia for the 2018 FIFA World Cup.