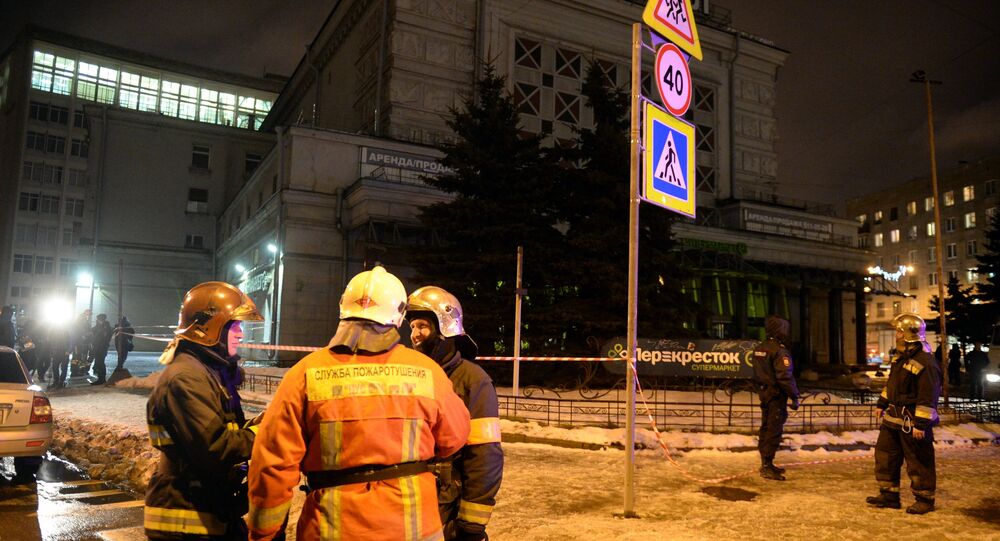 The explosive device detonated at a branch of the Perekrestok supermarket chain in Russia's second largest city on December 27, leaving at least 13 people wounded.

Russia's Federal Security Service (FSB) said on Saturday it had detained the person responsible for the blast. The suspect has been handed over to the Investigative Committee for the interrogation.

This development comes in the wake of reports that the terrorist group Daesh (ISIS) was claiming responsibility for the incident. The terrorists, however, failed to support the claims with any kind of evidence.

Prior to that, Russian President Vladimir Putin described the incident as a terrorist attack, saying that the FSB should deal with terrorists within the law. Kremlin spokesman Dmitry Peskov said later that the blast wasn't considered a failure of the intelligence services by authorities.

© Sputnik / Alexander Galperin
WATCH St Petersburg Supermarket Attacker Caught on Camera
Meanwhile, the Russian Investigative Committee has said that "all possible versions of what took place" would be scrutinized.

By Thursday morning, six of the 13 people injured by the explosion were released from the hospital. St. Petersburg Governor Georgy Poltavchenko said that every victim of the incident will get 300,000 rubles in compensation.

Also in December, the FSB detained a group of Daesh supporters who planned to carry out a series of explosions in the city, targeting such sites as the Kazan Cathedral.