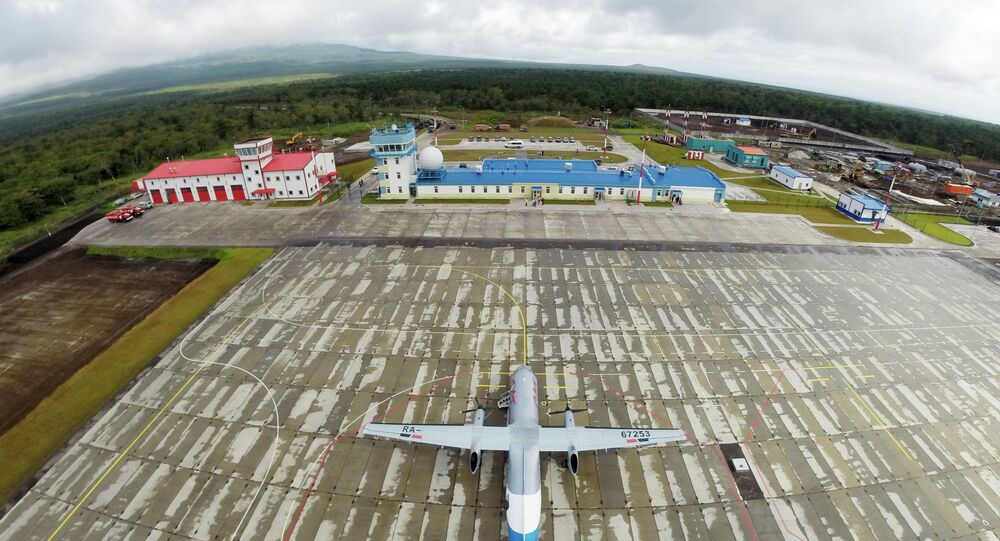 The first-ever charter plane from Japan to Russia’s Southern Kuril Islands landed on Saturday. The historic flight was postponed earlier this summer due to bad weather conditions.

YUZHNO-SAKHALINSK (Sputnik) — The first ever charter flight from Japan to the Kuril islands landed in Russia’s Pacific territory on Saturday morning, the office of the regional governor said in a statement.

"A Bombardier Q400 jet of the Aurora airline left the Nakashibetsu airport in the Hokkaido prefecture this morning. It brought 68 foreign nationals to the islands of Kunashir and Iturup," the office of the Sakhalin region’s governor said.

The flight was initially scheduled for June 18 but was put off several times due to bad weather. Aboard the plane was a delegation of former island residents, their descendants, and Japanese diplomats, according to the press release.

The Japanese delegation plans to visit cemeteries where their relatives were buried before World War Two, which ended in the islands’ handover to the then Soviet Union in 1945. The plane will depart back to Japan this evening.

© Sputnik / Alexander Liskin
Japan to Dispatch Expert Team to Russian Kurils to Look Into New Mutual Projects
Tokyo and Moscow agreed bilateral visa waivers for Russian island residents and the Japanese in 1992 as a step toward the agreement, but all travel has been previously made by sea.

In April, Japanese Prime Minister Shinzo Abe visited Russia and held talks with Russian President Vladimir Putin, during which the two sides reached an agreement to provide an opportunity for former Kuril Islands' residents to travel to the islands by plane without visas.

Japan lays claims to Kunashir, Iturup, Shikotan and the Habomai group of islets, which it refers to as its Northern Territories. The row over their ownership has prevented the two nations from signing a post-war peace treaty.