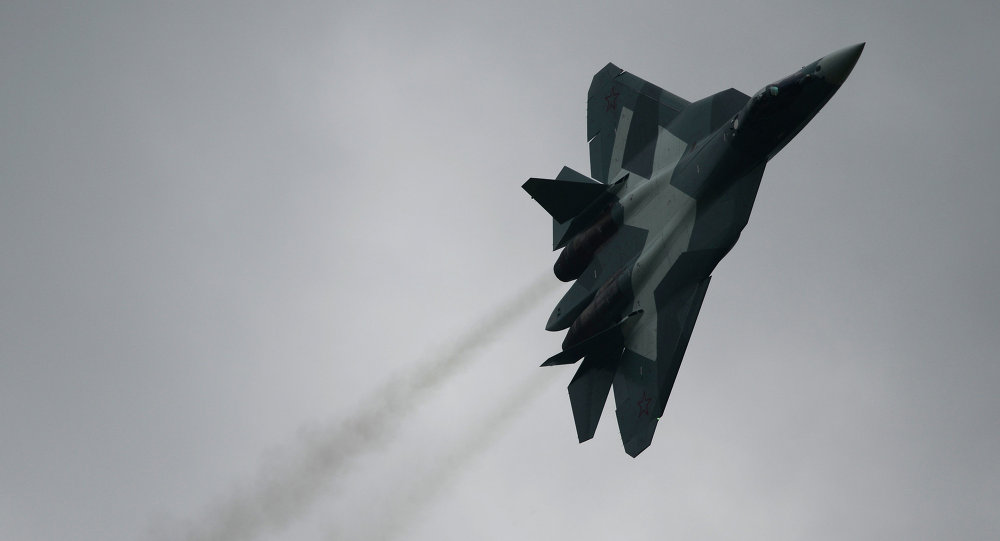 © Sputnik / Alexei Druzhinin
Russia's Fifth-Generation PAK FA Fighter Jet Officially Named Su-57
Experts believe that the latest T-50-11 or the earlier T-50-10 variants of the original T-50 will inherit the onboard equipment of the T-50-9, which conducted its maiden flight on April 24, 2017.

The United Aircraft Corporation’s CEO, Yuri Slyusarev, earlier said that the initial batch of 12 such planes will be supplied to the Aerospace Forces in 2019.

Presented to President Vladimir Putin in 2014, the scaled-down model of the T-50 was a combination of the latest technological know-how for the Sukhoi Su-47 and MiG-1.44 prospective fighter jets, designed back in the Soviet days.

When the production of the F-22 Raptor fifth-generation multirole fighter, which became a legislator of fashion in the field of next generation fighter planes, started in the US in 1997, it became clear that Russia needed to replace the Su-27 with a plane that would be up to par with its Western counterparts.

© Sputnik / Maksim Blinov
PAK-FA's New Engines Make It 'Easily the Best 5th Gen Fighter in the World'
Since its first flight in the early 2010s, the T-50 has receiving a vast series of upgrades to its avionics, stealth and armaments, Andrei Kots wrote.

T-50-2 took part in the MAKS 2011 air show. Before taking off, however, one of its engines caught fire forcing the pilot to abort. Engineers fixed the faulty engine and the T-50-2 flight tests resumed.

The T-50-3 flew on July 24, 2012. Unlike its predecessors, the new prototype carried onboard active phased-array radar. In December 2012, the T-50-4 took to the skies with the same radar array on board. Both prototypes proved fast and highly maneuverable and their state-of-the-art radar systems worked perfectly. 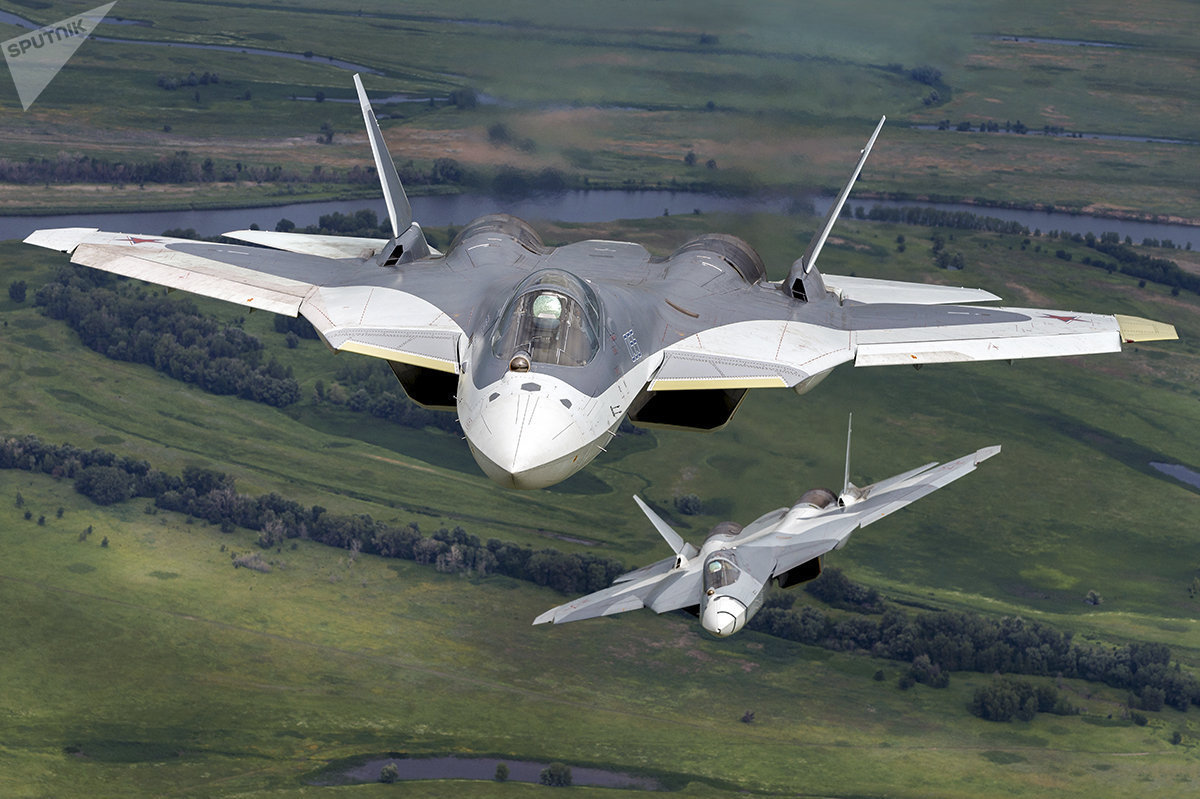 The second-stage engine, dubbed “Item 30,” will feature a new fan and control mechanism; it will be more fuel-efficient and will have greater endurance.

© Photo : Russian Defense Ministry
'Every Country Wants to Possess' Jets Such as Russia's 5th-Gen PAK FA Fighter
A pilot version of the second-stage PAK FA with a new engine is slated to fly later this year.

The T-50-6, T-50-8 and T-50-9 also have stronger airframes, bigger wingspans and make wider use of composite materials.

“Flight tests are proceeding at full swing. Everything is going well. We are already testing in-flight missile launches and the plane is performing just fine,” Aerospace Forces Commander Viktor Bondarev told reported on the sidelines of the MAKS 2015 airshow.

All Set for Mass Production

In July, Viktor Bondarev said that the construction of the highly appraised ninth, 10th and 11th prototypes of the Su-57 was slated to begin shortly.

"I see no physiological limits whatsoever for PAK FA pilots. The designers are working to make sure that much of the pilot’s work is done by the plane itself,” Bondarev added.

With six Su-57s scheduled for delivery to the Aerospace Forces by next year, with mass production beginning shortly afterwards, Andrei Kots concluded.