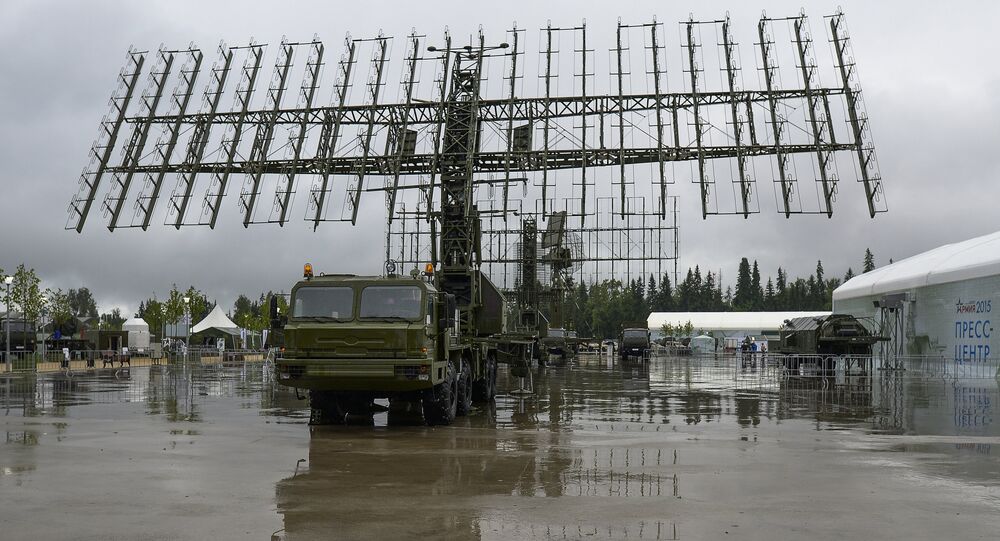 “We would certainty like to have a multipurpose unit capable of tracking down all types of aerial targets. The unique Nebo-M multiband radar complex, which is now being upgraded in Nizhny Novgorod, is the prototype of such a radar system," Koban told Echo Moskvy radio.

He added that while the upgraded multirole radar system that will also be able to track targets in space was going to be “pretty expensive,” the RTT needs cheaper means of airspace control.

© Wikipedia / Vitaly V. Kuzmin
Russia Begins Deployment of New Nebo-M Anti-Missile Radar Facilities
“We are paying a great deal of attention to modernizing the weapons we already have now. After using the equipment for three or five years we realize what has to be done to make it work better, and this is exactly what we are working on now,” the General added.

The radar is designed to automatically detect and track airborne targets such as ballistic missiles, stealth aircraft or drones, as well as hypersonic targets. The complex is able to track up to 200 aerodynamic targets at a distance and at altitudes of up to 600 kilometers (372 miles).

© Sputnik / Alexander Yuriev
Plugging the Air Defense 'Gorbachev Gap': Russia's Voronezh Radar in Action
The Radio-Technical Troops (RTT) are designed to conduct radar reconnaissance of aerial enemies and to give radar information on the air situation within the radar field to monitor bodies of the Russian Air Force and other services and arms of the armed forces.

The main direction of development of the Radio-Technical Troops of the Air Force includes improving the technical equipment of military units and subdivisions by carrying out activities on life extension and modernization of existing weapons and equipment, as well as the, development of the weapons of the new park: Nebo-M, Protivnik-G1M and Sopka-2 medium and high-altitude radars, Podlyot-K1 and the Podlyot-M and Kasta-2 low-altitude radar systems.