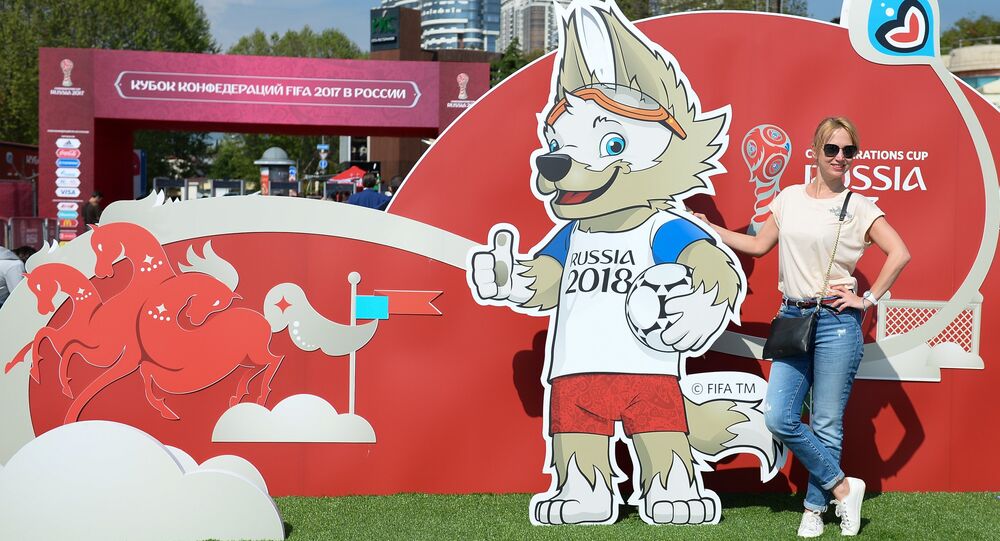 Sochi Mayor Anatoly Pakhomov described as an “unfortunate misunderstanding” the fact that costumes worn by some participants of a carnival parade in the Black Sea resort city had given mainstream media reason to accuse Russian football fans of racial prejudice.

Lolade Adewuyi a Cameroonian student of Russia’s International Olympic University, earlier posted on Twitter a photo of the participants of the Carnival Sochi Fest parade, with their faces painted black and carrying bananas, marching down the city’s main street less than a month ahead of a Confederations Cup game between Russia and Cameroon.

Black face & bananas — this is how Cameroon was presented at the Sochi carnival on Saturday ahead of Fifa Confederations Cup Russia in June. pic.twitter.com/aB7dRes0gZ

The photograph prompted London’s Guardian to stoke up fears of racist manifestations at Russian stadiums and raise questions about whether non-white fans and players will be safe during international football tournaments held in Russia.

The Sochi city government said in a statement that the parade was a “celebration of the different continents and a testimony of Russia’s open attitude toward traditions from around the globe.”

“By no means did the carnival parade intend to insult anyone,” it said. “On the contrary, it was organized with the friendliest of goals in mind: to create a positive atmosphere. We look forward to warmly welcoming the Cameroon national team and its fans, as well as the representatives of all other countries, during the FIFA Confederations Cup.”

The Mayor described the incident as an “unfortunate misunderstanding.” On Wednesday he met with Lolade Odewuyi.

“If anyone of the 3,000 participants of the carnival parade had lost his sense of measure and taste I can only regret that. No insult was intended. To us Russians a banana is just an exotic fruit. All we wanted was to show that we welcome everyone to come to our multiethnic city ahead of the Confederations Cup.

“It was just an unfortunate misunderstanding, nothing else,” Pakhomov said.

“We don’t want to be associated with what we were 200 years ago, black people with bananas in hand. I like being here in Sochi, where people are so warm and friendly. Now I know that I got it all wrong,” Lolade added.

© Sputnik / Ramil Sitdikov
Fan ID for 2017 FIFA Confederations Cup: What It is and How to Get One
In March, London’s The Mirror tabloid published a “shock investigation” about Russia football fans preparing to take on British fans during the 2018 World Cup in Russia.

The newspaper backed up the story with a video allegedly showing members of the “most notorious Russian Ultra gangs” fighting each other.  It later turned out that the “Ultras” in the video were taking part in a mock fistfight taking place during a Shrovetide festival in Moscow.

Cameroon will play Germany at Fisht stadium in Sochi on June 25. Mexico will play New Zealand at the stadium on June 21.