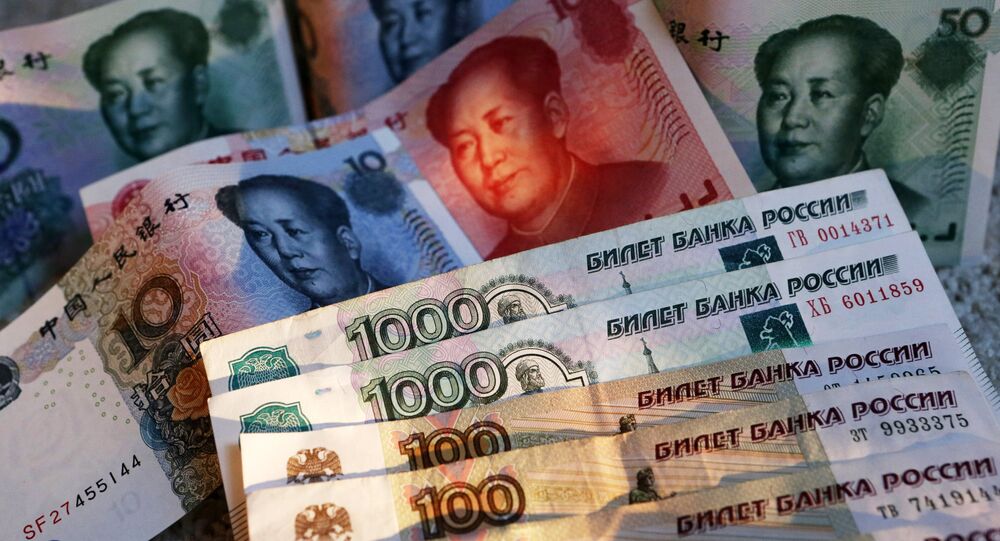 The establishment of a clearing bank in Moscow for handling transactions in Chinese yuan is an important step facilitating more bilateral trade and investment.

© REUTERS / David Gray
Is China Filling the Economic Vacuum in the Pacific?
Russia and China are developing their economic co-operation with the establishment of a clearing center in Moscow for operations in Chinese yuan.

The Industrial and Commercial Bank of China (ICBC) officially started operating as a Chinese renminbi clearing bank in Russia on Wednesday.

"The financial regulatory authorities of China and Russia have signed a series of major agreements, which marks a new level of financial cooperation," Dmitry Skobelkin, deputy head of the Russian Central Bank, said.

"The launching of renminbi clearing services in Russia will further expand local settlement business and promote financial cooperation between the two countries," he added, Xinhua reported.

Irina Rogova, an analyst with investment fund Forex Club, told the Russian magazine Expert that the clearing center could become a large financial hub for countries in the Eurasian Economic Union.

According to the Chinese State Administration of Taxation, trade turnover between China and Russia increased by 34 percent in January, in annual terms. Bilateral trade in January 2017 amounted to $6.55 billion.

The creation of the clearing center enables the two countries to further increase bilateral trade and investment while decreasing their dependence on the US dollar. It will create a pool of yuan liquidity in Russia that enables transactions for trade and financial operations to run smoothly.

In expanding the use of national currencies for transactions, it could also potentially reduce the volatility of yuan and ruble exchange rates.

The clearing center is one of a range of measures the People's Bank of China and the Russian Central Bank have been looking at to deepen their co-operation.

© Sputnik / Maksim Bogodvid
Russia's (Literal) Moneymakers Tell Sputnik Why Ruble is World's Most Secure Currency
In a sign of increasing ties, earlier this month Russia's Central Bank opened an office in Beijing. The branch is Russia's first in a foreign country and will exchange information with the Chinese financial authorities.

One measure under consideration is the joint organization of trade in gold. In recent years, China and Russia have been the world's most active buyers of the precious metal.

"We discussed the question of trade in gold. The BRICS countries are large economies with large gold reserves and impressive volumes of production and purchase of this precious metal. In China, gold is traded in Shanghai, in Russia, Moscow. Our idea is to create a link between these sites in order to intensify trade between our marketplaces," Shvetsov said.