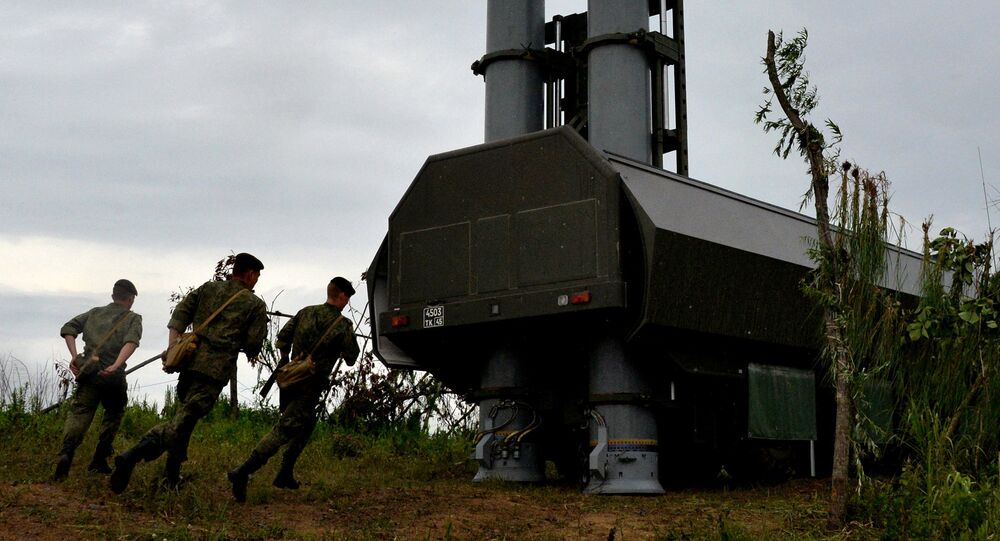 Russia Builds an Integrated Defense Line on Its Eastern Flank

Russia will deploy a division to the Kuril Islands this year, Defense Minister Sergei Shoigu said Wednesday. Moreover, the first Bastion coastal defense system has recently been deployed to Kamchatka. The moves are part of Defense Ministry's plan to build an integrated defense system in Russia's Far East.

© Sputnik / Ekaterina Chesnokova
Japan's Defense Chief Wants to Discuss Russian Plan to Deploy Military Division on Kurils
"We expect to complete the deployment of three divisions to the western and southwestern border. Active work continues to protect the Kurils, a division should also be deployed there this year," the minister told Russian parliament.

Japan reacted to the deployment plan with a note of protest against Russia.

"The protest was submitted via diplomatic channels on [February] 22 and 23. It is regrettable if the Russian Armed Forces enhances its military presence [there]. It is at odds with the position of our state," Japanese Chief Cabinet Secretary Yoshihide Suga said at a press briefing on Thursday.

Konstantin Kosachev, chairman of the Russian upper house of parliament's foreign affairs committee, said that the recent protest by Tokyo is a "ritual," noting that such moves only add to Russo-Japanese tensions.

"There are no grounds for such protests. Neither legal nor political," Kosachev said.

© Sputnik / Alexander Liskin
Russia Has No Intention to Use Military on Kuril Islands Against Japan
According to the senator, Russia takes legitimate steps to maintain security on its territory, taking into account actions by other regional powers.

This was not the first time Tokyo has protested Moscow’s actions in the region. In particular, in mid-February, Japan lodged a protest after Russia named five unnamed islets in the Kuril archipelago.

Russia’s Right to Protect its Territory

© Sputnik / Dmitry Astakhov
Japan Lodges Protest Over Russia's Plan to Deploy Division on Kurils
Dmitry Novikov, deputy chairman of the Russian parliamentary foreign affairs committee, told Sputnik that the Kuril Islands are Russian territory and Russia has the right to take any necessary measures to protect it.

"Moreover, Russia has the right to use the Kurils to protect the rest of its territory," he added.

At the same time, according to the lawmaker, the Kuril territorial problem should not be an obstacle for developing Russo-Japanese trade, economic and cultural ties.

Japan has territorial claims on the Iturup, Kunashir, Shikotan and Habomai islands in the South Kurils.

The dispute has remained unresolved since the end of World War II.  Japan and Russia never signed a permanent peace treaty after WWII due to a disagreement over the four islands, which Russia calls the Southern Kurils and Japan the Northern Territories. The disputed islands, located in the Sea of Okhotsk, were claimed by Soviet forces at the end of the war.

"Any issues of the past can be resolved now. Russia and Japan should seek to build a good partnership relation," Novikov said.

© Flickr / Peter
Reports of Russia Allegedly Giving Kuril Islands to Japan False - Kremlin
Viktor Ozerov, chairman of the Russian upper house of parliament's committee for defense and security, noted that Tokyo’s protest over the planned deployment of a Russian division to the Kurils is irrelevant and has no legal grounds.

"With the same result, we could expect that the United States to withdraw its military bases from Okinawa," he told Spuntik.

Ozerov underscored that Russia will not use this division against Japan and wants bilateral cooperation.

"We’re ready for cooperation, including military cooperation and coordination in the fight against terrorism. But Russia will deploy military forces on its territory where it is necessary," he said.

According to Ozerov, Russia has a right to deploy military forces on its territory if it is not in violation of international norms or UN’s regulations.

On Wednesday, Russian daily Izevstia reported that the first battery of the Bastion-P costal defense system had entered service with the 520th Separate Coastal Missile and Artillery Brigade. The battery is now based in Yelizovsky District, which runs along the southeastern tip of the peninsula. Navy headquarters told the newspaper that the deployment took place late last year.

Strategic submarines from the Pacific Fleet have been deployed to Kamchatka for decades. The 25th submarine division in Vilyuchinsk recently received a new Borei-class missile-carrying submarine, as part of a package of regional coastal defense security measures.

Since 2015, Russia has been building an integrated coastal defense system, needing to protect the areas of the Kuril Islands and the Bering Strait as well as cover naval deployment areas and increase the strategic capabilities of the Pacific Fleet.

© Sputnik / Vitaliy Ankov
Kurils Dispute: Russia Has the Right to Defend Its Territory, Japan Has the Right to Have a Voice
The defensive buildup on Russia’s eastern flank is a necessary measure, due to the US’ increased military presence in the Pacific and the unsettled Kuril dispute, according to Russian journalist and commentator Alexander Khrolenko.

In November, Bastion coastal defenses were deployed to southern Kuril and it came as a political and military message to Tokyo.

"This move indicated the inviolability of Russia’s borders and capabilities of the sea component of Russia’s nuclear triad. Similar defense systems have also been deployed to Kamchatka, some 1,000 km to the north-east. The Sea of Okhotsk is now almost completely protected by Bastions," Khrolenko wrote in a piece for Sputnik.

The capabilities of the new weapon allow for establishing secure patrol areas for Russian submarines in the Sea of Okhotsk, some 4,000 miles from San Francisco and US strategic missile sites, including 440 Minuteman III intercontinental ballistic missiles, in Wyoming, Montana and North Dakota.

The Bastion-P is a next-generation mobile coastal defense system. It is armed with the Yakhont supersonic self-guided anti-ship missile. The system is designed for destroying different class surface ships during intense combat action and radio jamming.

© Sputnik / Vitaly Ankov
Bal and Bastion: Meet Two Coastal Defense Systems Russia Deployed to Kurils
It can be used in both day or night, as well as in any weather conditions. The system does not require accurate target coordinates since the missiles autonomously seek the target after launch.

While moving, the Bastion-P can be prepared for launch within five minutes and hit a target at a distance of up to 300 km (while according to different sources, up to 500 km).

Previously, Bastion-P defenses entered service with the Northern Fleet and the Black Sea Fleet. The system was also used during combat in Syria.
By 2021, the Russian Defense Ministry plans to increase fourfold the offensive capabilities of Russia’s high-accuracy weapons.

"The Russian nuclear triad and advanced technologies in space allow for maintaining peace for thousands of kilometers beyond Russia’s borders. Washington describes such an approach as projection of force. But for Russia, it would be better to say 'projection of security,'" Khrolenko concluded.