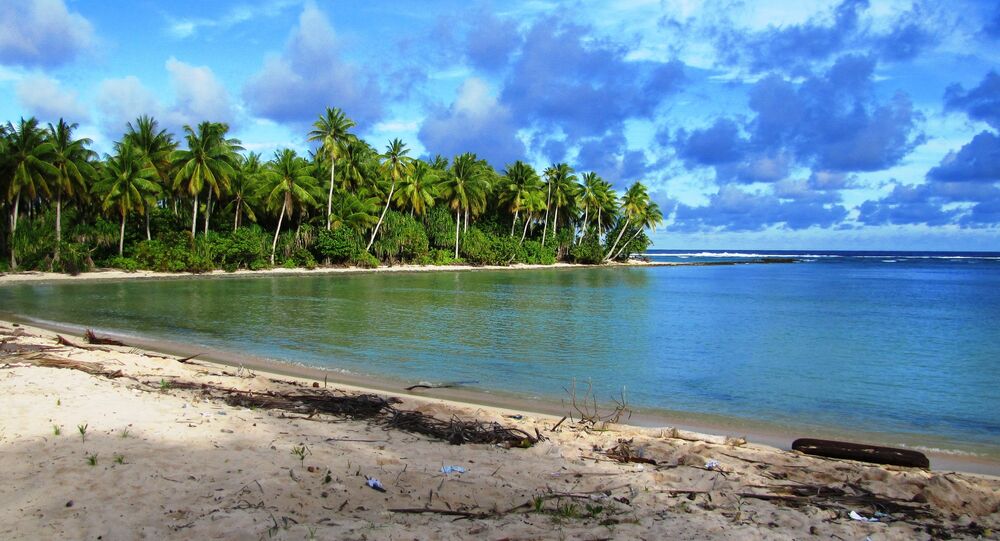 Wouldn’t it be cool to create your own empire? Like a phoenix rising from the ashes, the new Russian Empire will be resurrected on three remote islands of Kiribati. At least, that’s what ex-deputy of the Russian State Duma Anton Bakov has in mind.

© Photo : Library Of Congress/George Kennan
Russian Empire in Portraits: Different People Captured by American Explorer (PHOTOS)
The Romanov Empire will arise again in the Pacific islands, one hundred years after it was overthrown by the liberal February Revolution. Russian millionaire and founder of the Russian Monarchist Party Anton Bakov aims to create the "alternative Russia" on the uninhabited Malden, Starbuck and Caroline (commonly called Millennium) islands of the Republic of Kiribati.

Negotiations with the government of the republic on the land lease have already reached the final stage, Bakov told Sputnik. Russians who are tired of democracy and harsh winters will have a chance to move somewhere a bit more tropical.

This idea came to the millionaire's mind a long time ago. For years he searched for a place to restore the Russian monarchy. Montenegro and the Cook Islands in Polynesia were considered as options; however, talks with the states' representatives proved to be fruitless. But in Kiribati, the businessman's proposal was taken seriously.

© Photo : pixabay
Happy New 1917! History Buffs Bring the Past to Life in Latest Twitter Craze
"The world still has a lot of barbarism and nationalism. And my experience in diplomacy is very small. Herewith, we have offers from three other UN member states. Of course, Kiribati is at the top of the list," Bakov told Sputnik.

Back in 2011, the businessman created a micronation called "the Russian Empire," and the current project inherits this idea.

"Alas, the micronation has quickly outgrown itself. Things got too serious after registration of the Monarchist Party and acquisition of the heir to the throne. At first, it was converted into a state-like formation, the Imperial Throne, similar to the Order of Malta, and then it transformed into the Romanov Empire, which we consider to place on those three islands," the businessman said.

"Kiribati is our choice and our political and commercial project. There is even a connection between Kiribati and Russia — it is Vostok Island, which was discovered by Russian sailors. But it is too small," he continued.

According to Bakov, the delegation's first visit to Kiribati took place back in September 2015.

"I am, personally, here for the fourth time, and spent 10 weeks here in total. I've met with the President and the Vice President many times, and I'm familiar with all the ministers, half the members of parliament, a bishop, mayors, foreign ambassadors and businessmen. I hope that we have already entered the final lap in terms of the land lease agreement. But I must admit that no one is in a hurry here except me. Well, that's what their culture is," the politician noted.

He didn't reveal the strategy of the new state yet, explaining that this will happen after the negotiations. However, Bakov stressed that he supports a demilitarized and neutral status of the territory. Who will be living in the country also remains unknown.

"It is too hot for the Russians at the equator, but Russian is expected to be an official language there. We will see how many Russians will come to live here," Bakov added.

The businessman plans to create the necessary infrastructure for business and tourism. He is ready to invest about 350 million dollars in Kiribati's economy, and it will be the largest investment in the history of the republic.

However, not all monarchists support Bakov's enthusiasm. The opponents of the idea are mostly ​​those who refused to join his party, he concluded.