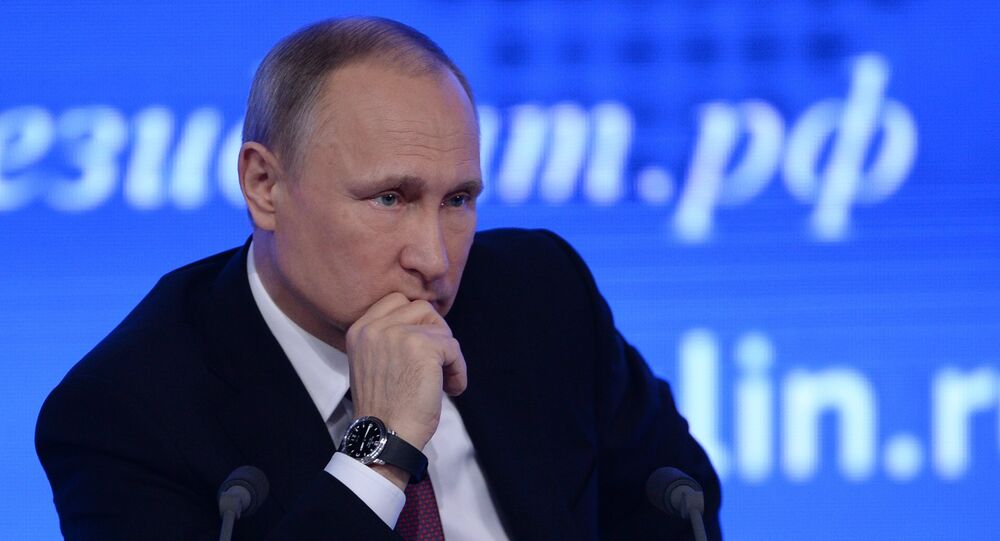 Russian President Vladimir Putin is informed about the new details on the rescue operation of the Russian TU-154 military plane and is waiting for the situation with the crash to be fully clarified, Kremlin spokesman Dmitry Peskov said Sunday.

MOSCOW (Sputnik) — Earlier in the day, a Russian Defense Ministry Tu-154 plane en route to Syria with 92 people on board disappeared from radar shortly after take-off from the Black Sea resort city of Sochi. Fragments of the plane were discovered off the shore of Sochi.

The musicians from the choir of the Russian armed forces, the Alexandrov Ensemble, and nine journalists were on board of the aircraft that was en route to Hmeymim airbase in Syria for a New Year concert.

"The president was informed from the very beginning about the plane’s disappearance from the radars … Now the information is constantly reported as new details emerge… The president is waiting for the situation to be fully clarified," Peskov told reporters.

The spokesman added that Putin was in constant contact with Russian Defense Minister Sergei Shoigu.