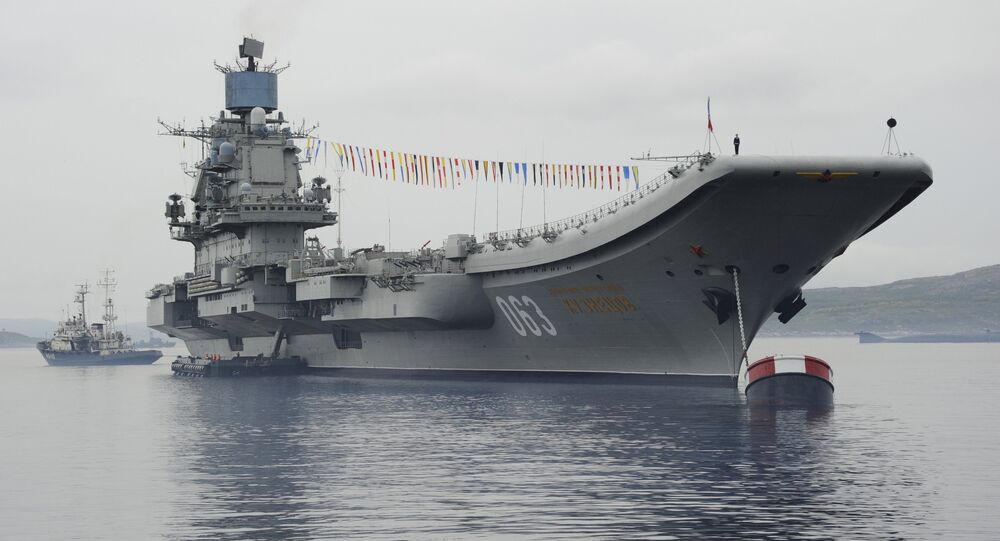 On December 5, a Russian Su-33 fighter jet skidded off the Admiral Kuznetsov aircraft carrier in the Mediterranean while landing. On November 14, a MiG-29K fighter bomber crashed while landing on the carrier’s flight deck. The two mishaps raised a barrage of often unjustified criticism both in Russia and abroad.

The Russian Navy has suffered four such incidents in the past 25 years. Also, a Yak-141 fighter crashed onto the flight deck of the Admiral Gorshkov carrier in 1991.

On December 1, The Washington Post wrote: “Satellite images highlight potential problems with Russia’s lone aircraft carrier…  this is a modest attempt to field a maritime task force capable — at least on some levels — of mimicking its US supercarrier counterparts.”

The Times joined in this chorus of criticism quoting Igor Sutyagin, a senior research fellow at the Royal United Services Institute, as saying that “Only a limited number of Russian pilots have the required level of training to take-off or land on a carrier.”

Website Dover-Marina.com
Russian Su-33 Fighter Skids Off Admiral Kuznetsov Aircraft Carrier, Pilot Unharmed
The German weekly newsmagazine Stern voiced a dissenting note, though, writing that the Admiral Kuznetsov still had upstaged the “glory of the US Navy” – the latest stealth destroyer USS Zumwalt, which had suffered an embarrassing breakdown in the Panama Canal and had been escorted through by tugboats.

Is the Admiral Kuznetsov really as bad as some commentators claim and what about the very same problems Western aircraft carriers have had to grapple with in the past?

Even though the US Navy has been running short of carriers in the Asia-Pacific region and the Middle East, it still has nearly a dozen such ships now afloat and an equally impressive number of mishaps too.  In October 2015 a Grumman E-2 Hawkeye AWACS plane went ablaze on board the USS Ronald Reagan.

In 2011 a US F/A-18 Hornet fighter-bomber blew up while trying to take off from the nuclear-powered aircraft carrier USS John S. Stennis.

In 1998 an EA-6B Prowler plane landed atop another aircraft on the flight deck of the USS Enterprise.

The most tragic such incident happened in July 1967 on board the aircraft carrier USS Forrestal. An electrical anomaly had caused the discharge of a Zuni rocket on the flight deck, triggering a chain-reaction of explosions that killed 134 sailors and injured 161.

At the time, Forrestal was engaged in combat operations in the Gulf of Tonkin during the Vietnam War. The ship survived, but with damage exceeding US$72 million (equivalent to $512 million today).

© AP Photo / Robert F. Bukaty
US Destroyer Zumwalt Returning to California Port After Panama Mishap
The US Navy has suffered over 100 major incidents over the past 50 years. With a list of tragic mishaps that long, the Americans have no right to badmouth Russia’s Admiral Kuznetsov, which has only lost three planes in 11 years and has suffered no casualties.

The lessons from the recent incidents with the Admiral Kuznetsov have been learned. Pilot training will improve, technical problems will be attended to and the carrier’s landing system upgraded.

Why US Cutting-Edge Super Expensive Destroyer Loses to Admiral Kuznetsov