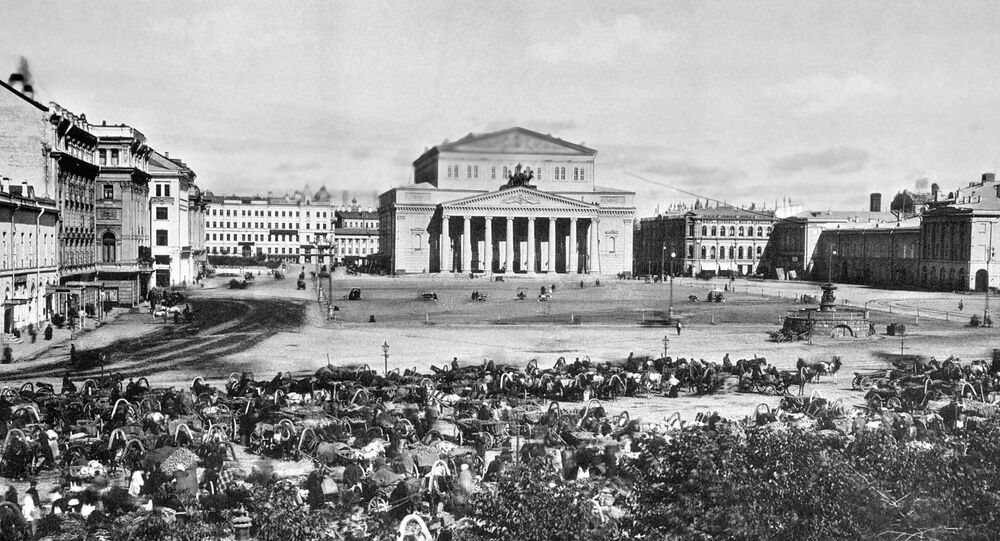 An eighteenth century bar, which was discovered during Moscow city center improvement program this summer, will be preserved by city authorities. Obviously, it will never open its doors to the city's drinkers again; however, archeologists will have an opportunity to return to the site thanks to the preservation order.

Found in June at the Teatralnaya Square in Moscow city center, the ancient tavern still had some remains of its previous activity: ceramic shards of dishes, cups, coins and bottles. Among the finds, there were even metal buckles and buttons, which had fallen through gaps in the wooden floor.

Sputnik
Under the Sky: Moscow to Exhibit Medieval Relics at Open-Air Museum
Judging by the artifacts found, the drinking establishment existed for more than half a century — from the second half of 18th century to the second decade of the 19th century. The earliest copper coins were dated to the reign of Empress Elizabeth. The bar was probably open till at least 1814, confirmed by the fragments of an imported wine bottle, which were discovered there.

Now, all the unique finds have been passed over to the Museum of Moscow, and the tavern was mothballed at a depth of almost 3 meters. The bar was also put on the archaeological map of the city, according to a message on the official website of the Mayor of Moscow.

The bar's log construction remained undamaged, in the same condition as it was discovered. To preserve it, the structure was covered with a layer of soil, which has similar ingredients to the one that was keeping it hidden underground all this years.