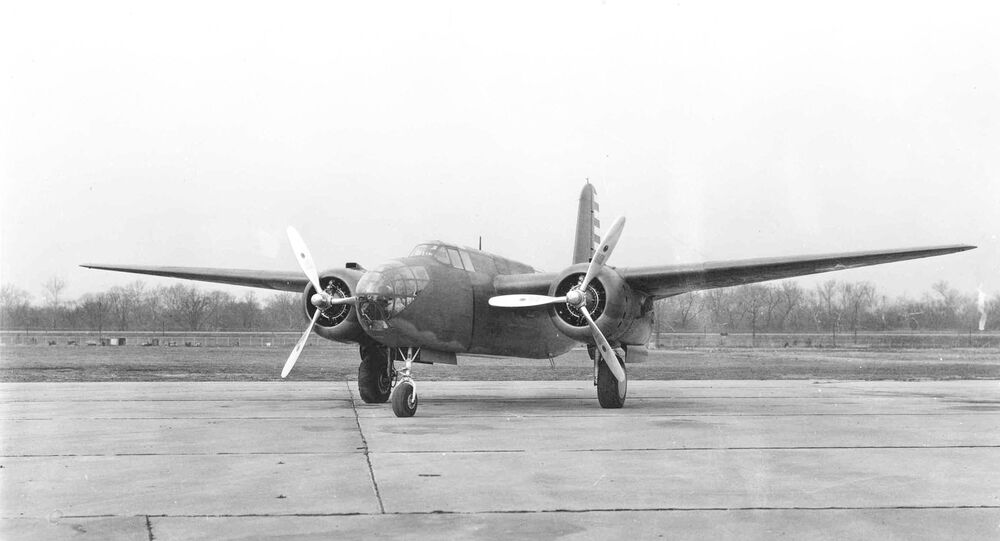 The wreck of a US-made Soviet bomber from the WWII era has been found outside the southern Russian city of Rostov-on-Don, Rossiisskaya Gazeta reported.

Members of the Mius Front search team came across rusted parts of the plane’s engine whose remaining number plates and manufacturer’s logo clearly indicated that the aircraft was built in the United States.

“Going through the wreckage of the plane that was apparently shot down in a dogfight, we found the remains of the pilot with a partially burned-out map holder by his side. We hope that we’ll be able to identify him and learn the details of his heroic deed,” a Mius Front representative told the newspaper.

After examining the manufacturer’s seals and logo the team members determined that the propeller blades of the plane were built by Hamilton Standard Company and were usually installed on the engines of Boston medium bombers and Mustang fighter planes the United States supplied to the Soviet Union under the terms of the lend-lease agreement signed during WWII.

Because their climb capability had been found to be lower than that of their Soviet and German analogues, most of them were used as trainers. Three Mustangs were sent to  the frontlines for trials only to be sent back shortly after due to broken blades and a lack of spares.

Based on this information, the members of the Mius Front search team  believe that the wreck found near Rostov-on-Don actually belonged to one of the US-made Boston medium bombers which arrived in the Soviet Union via Iran.

Soviet pilots heaped praise on the Boston’s’ excellent performance in flight, but the planes’ defensive arsenal left much to be desired, so Soviet-made SHKAS heavy machineguns were installed along with heavier armor protection.

As a result of this effort, the Bostons became truly multirole planes equally efficient as day-and-night bombers, reconnaissance planes, torpedo carriers, minelayers and even transport aircraft.

In all, 3,125 Boston bombers were supplied to the Soviet Union under the lend-lease agreement.

Heroes Beneath the Waves: Wreck of WW2 Soviet Sub Found off Estonian Coast