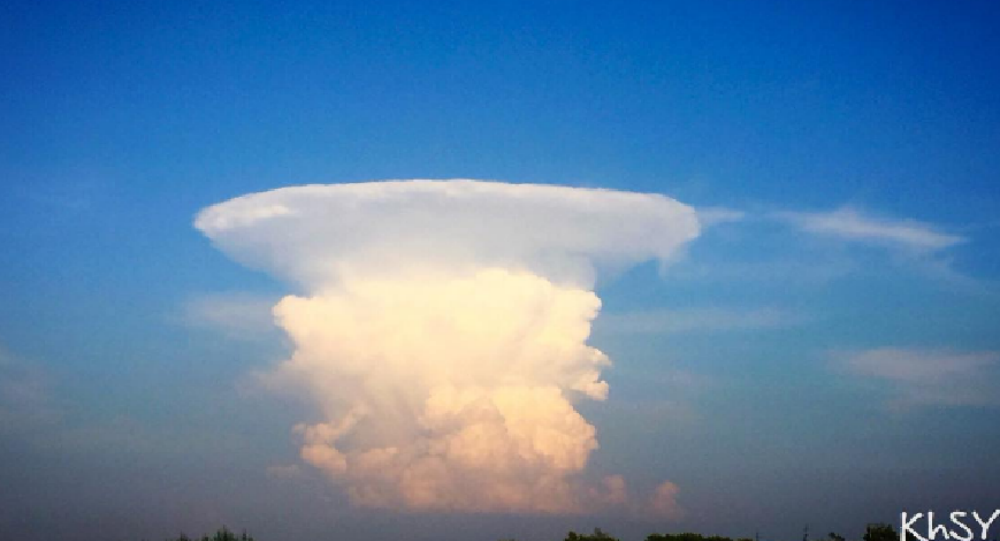 Residents of Kemerovo in Russia’s Western Siberia began posting images on Sunday of what looked like the distinctive hallmark of a nuclear explosion – an isolated ominous mushroom cloud surrounded by otherwise undisturbed blue skies.

The shocking and rare sight of such a massive anvil cumulo-nimbus cloud, formed when a major thunderstorm becomes so powerful that it begins to reach the highest levels of the atmosphere causing the cloud tops to be blown to the side by wind shear, startled many local residents who feared a nuclear blast or an explosion at one of the coal mines in the Kuzbass region.

Other residents however joked about the fearsome sight of the mushroom cloud with one Instagram user, @Kemerovo_insta, joking that there was "a nuclear war today in Chusovitino."

Another user had a completely different interpretation of the extreme weather spectacle suggesting that, "A mushroom cloud has grown today so this is probably a hint that ‘mushroom season’ is in full swing. It’s time to pick mushrooms. So beautiful!"

Local emergency services report receiving a high volume of calls by petrified town residents fearing that the end of days was upon them forcing officials to assure locals that the massive thunderstorm cloud was merely a weather related incident.