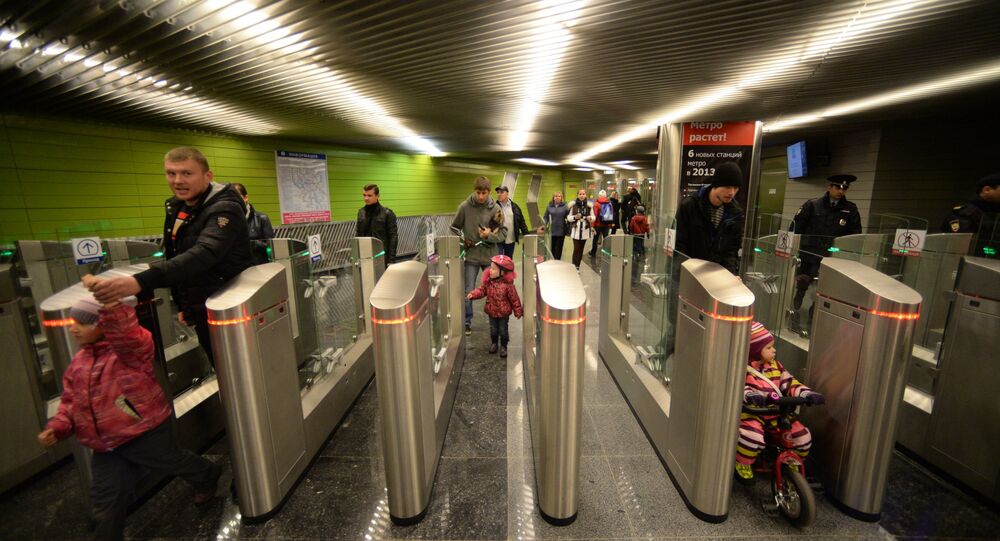 By the end of this year the Moscow metro will launch a video surveillance system to detect suspicious passengers and unattended belongings, the head of the Moscow subway told Izvestia newspaper on Monday.

© Sputnik / Evgeny Biyatov
Arrested Bombers Plotted Attack on Moscow Metro, Airports
According Dmitry Pegov, the new system will establish the identity of passengers entering and exiting the stations. It will also be able to alert the police about those who spend too much time on the platform, and other unusual behavior.

During the final stage of implementing the system it will scan the passengers’ faces and identify them using the law enforcement agencies’ databases.

There are thousands of CCTV cameras already at work at each and every metro station across the city, but they are just sending obtained images to television screens monitored by police and security personnel.

“We are going to have some 20,000 new cameras installed during the initial stage of renovation. They will be scanning each passenger’s face on his or her way out thus facilitating the work done by both police officers and our security guards,” Dmitry Pegov added.