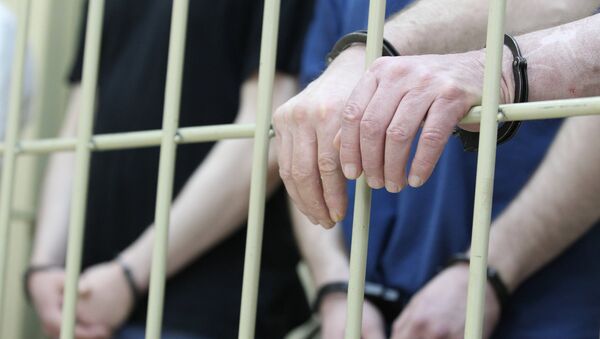 Three people were detained on suspicion of plotting a terrorist attack in Moscow, a law enforcement source said on Sunday.

Group Involved in Plotting Terror Attack in Moscow Arrested
Earlier in the day, Russia's National Anti-Terrorism Committee said an improvised explosive device was located and defused in an apartment in downtown Moscow, where the arrested were hiding.

The arrests were made after a neighbor alerted police.

Russian news agencies, citing law enforcement sources, said more than 100 residents in the building were evacuated during the raid and supplies of natural gas were cut off during the operation.

Ten other active members of the terrorist group were detained later in the day.

According to a representative of the National Anti-Terrorism Committee, the detained planned to blow up their explosive device either in the metro or at one of Moscow’s airports.