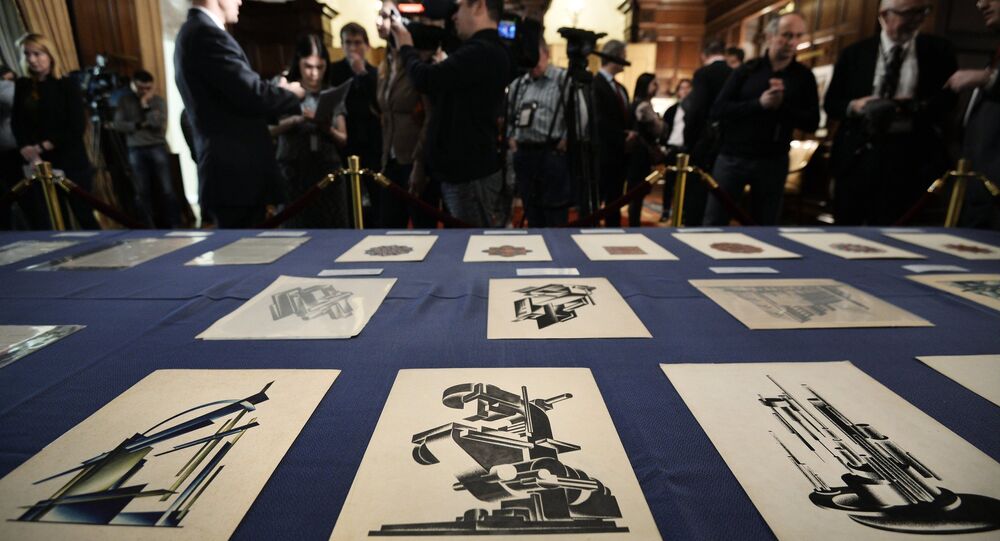 Never Too Late: US Gives Back Historic Documents Stolen From Russia

The United States has returned 28 significant historic documents stolen from Russian archives in the early 1990s.

© Sputnik / Sergey Guneev
Better Late Than Never: US Will Return 28 Valuable Historic Documents Stolen From Russia
Speaking before the official ceremony of the documents handover to the Russian side on Thursday, US Ambassador John Tefft said that political differences should not be allowed to stay in the way of cultural exchanges with Russia whose history enjoys the well-deserved respect of the American people.

​The 28 artifacts reportedly date back to the 18th to 20th centuries.

​These include 10 authentic imperial orders of the 1703-1894 court departments, including edicts signed by emperors and empresses Peter the Great, Anna Ioannovna, Elizaveta Petrovna and Paul I.

One of the documents includes Joseph Stalin’s March 14, 1944, order to transform an aviation regiment into a separate fleet, deemed highly valuable by the Russian State Military Archive.

The majority of the images stolen from the Russian State Archive of Literature and Art are architectural projects used in the construction of industrial buildings and railways.

​The 28 documents were reportedly discovered by the US Department of Homeland Security in its 2006-2012 investigations. Washington has repatriated over 150 valuable historical documents smuggled from Russia since 2007.

The United States has been working closely with Russia in its effort to return historical documents once taken out of the country.

Jason Cassidy, an attaché at the US Department of Homeland Security, told RIA Novosti that about a dozen investigations were in the process of locating the documents and sending them back to Russia.