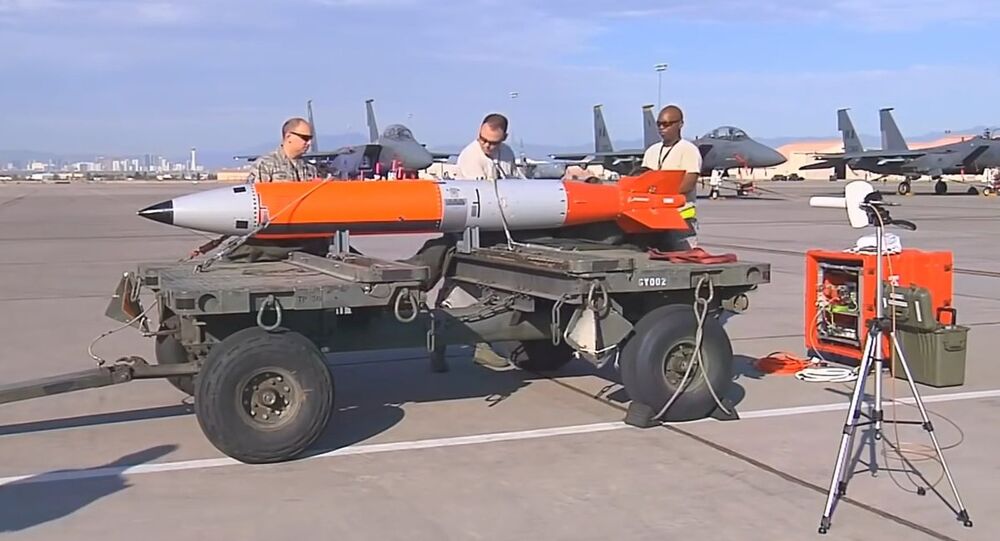 Around 200 US Nuclear Bombs Deployed in Europe - Russian Defense Ministry

About 200 US nuclear bombs are deployed in Belgium, Italy, the Netherlands, Germany and Turkey, Russian Defense Minister Sergei Shoigu said.

"About 200 US nuclear bombs are currently deployed in Belgium, Italy, the Netherlands, Germany and Turkey. This nuclear ordnance is also subject to a renewal program," Shoigu said.

At the present time, 55% of the Russia’s nuclear triad is outfitted with modern hardware, Defense Minister Sergei Shoigu said Friday.

"The deterioration of the military-political situation in the world continues, especially in Europe, Central Asia and in the Middle East. We also observe the gradual expansion of the NATO bloc. During a relatively short time its membership increased twofold with the addition of 12 new members," Shoigu said.