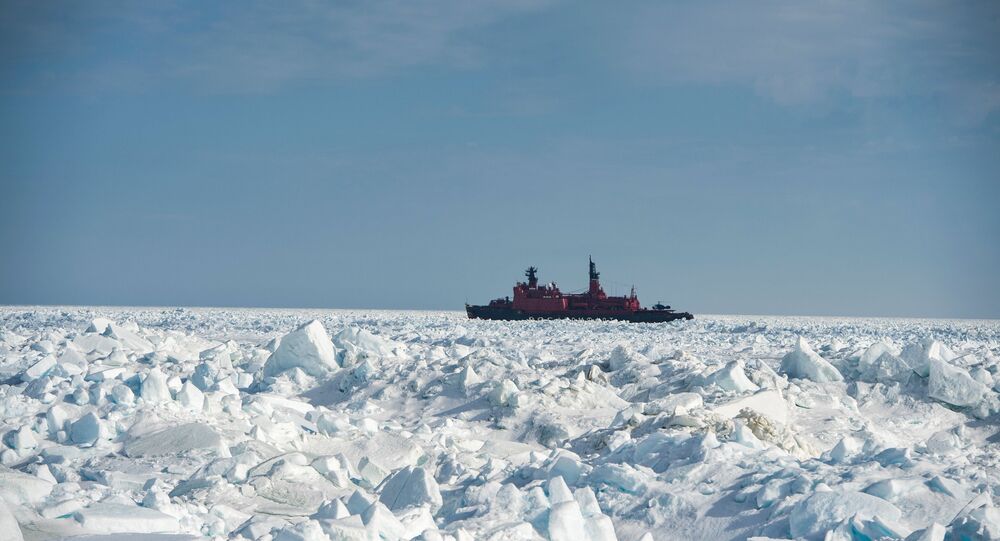 With the Arctic ice cover succumbing to the non-stop process of global warming, the Northern Sea Route may soon offer Russian travelers a much-needed shortcut to Asia and back, Russian TV channel Zvezda reported.

There was a time when icebreakers had a hard time cutting though the pack ice of the Arctic Ocean.

© Wikipedia
Russia's Northern Fleet Successfully Wraps Up Large-Scale Arctic Drills
However, with the average air temperature jumping four degrees over the past fifty years, the ice cap has receded by many kilometers inspiring hope that the by 2021 the sea route will be navigable a whole eight months a year.

The time factor is really crucial here. It currently takes 35 days to sail the 21,900 kilometers separating London from Yokohama via the Suez Canal and only 22 days moving along the Northern Sea Route.

Additionally, tankers would avoid the risk of sailing through pirate-infested waters.

By opening the Northern Sea Route to international traffic Russia would earn a lot of cash.

Wary of the tough competition from Russia’s Northern Sea Route, the Egyptians, who earn $5 billion a year by letting foreign ships sail through the Suez Canal, have been quick to build a new canal alongside the existing one.