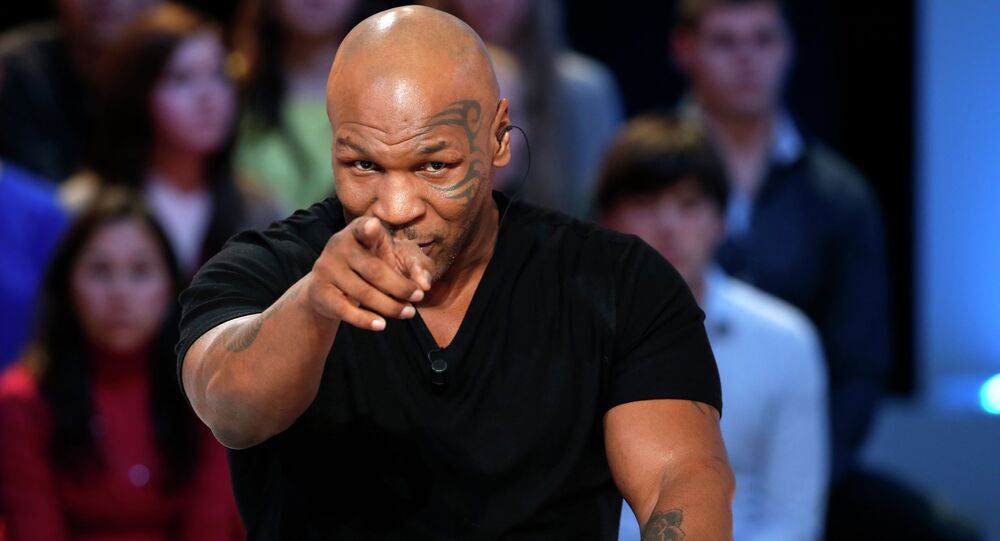 © Flickr / Eduardo Merille
Retired Boxer Mike Tyson Presents His “Undisputed Truth” in Russia
“He is coming to Crimea this fall. We expect him here in Russia on November 28,” Vladimir Khryunov told reporters in Moscow.

On this very same day of November 28 another American boxing legend – multi-weight world champion Roy Jones Jr – plans to set up a fight in Moscow.

However, this could just prove to be a prelude to a fight with either one of the Klitschko brothers – Wladimir, who currently holds four of the five heavyweight belts, or Vitali, who is the current mayor of Kiev.

Roy Jones Jr. took part in a boxing event in Sevastopol in Crimea earlier this month.

Prior to that, he asked President Vladimir Putin about the possibility of obtaining a Russian passport, saying that it would make it easier for him to conduct his business activities, which includes trying to set up a number of boxing schools.