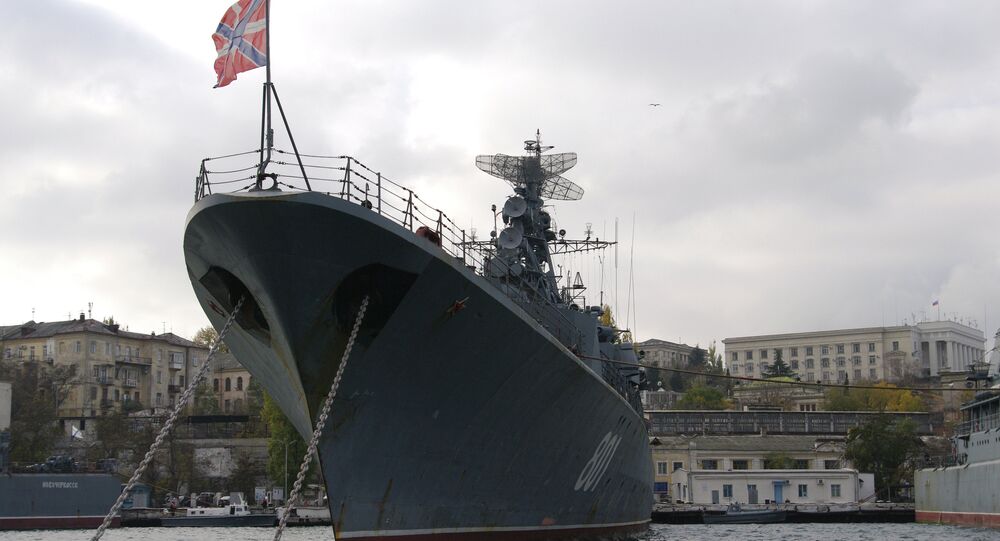 © Sputnik / Ruslan Krivobok
Russian Navy to Get Over 20 Ship-Borne Fighter Jets by Year-End
Both systems can be found on the four naval corvettes now guarding Russia’s maritime border with six more such ships now under construction, Zvezda TV reported.

The А-192 is a spinoff of the AK-130 gun and uses the same munitions. Its new fiber-electronic module detects targets up to 60 km away, while the onboard computer can simultaneously track four targets.

The F-192-5P-10E 130mm artillery complex can be installed on just about any type of ship and is used against aerial, ground and naval targets, including anti-ship cruise missiles.

It fires its shells up to 30 times per minute 18 to 23 kilometers away depending on the target.

The Paket E/NK long-range antitorpedo unit — the only such system around — can destroy enemy submarines miles away and if the enemy shoots first, the system’s 320 mm torpedoes can  destroy the oncoming “fish” 1,400 meters from the ship.

Its M-15 antitorpedo boasts an underwater speed of up to 50 kilometers an hour.

Its movement is initially controlled by an onboard inertial system, which later shuts off and an acoustic active-passive self-homing system kicks in.

The anti-torpedo’s warhead, packed with high strength blasting explosive of 80 kg of TNT, is equipped with a proximity detonator and is capable of destroying enemy torpedoes at various depths.

At the depth of 800 meters the M-15 can knock out an oncoming torpedo as close as 100 meters away.