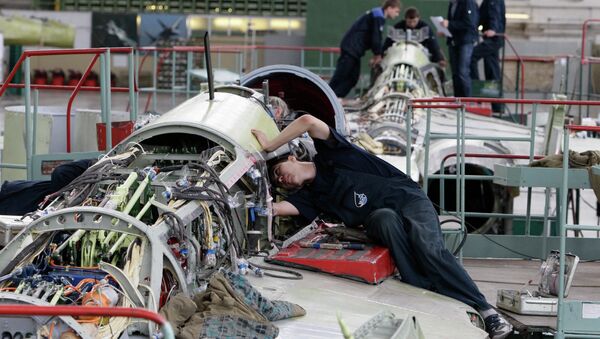 The aviation branch of the Russian Navy will get more than 20 new ship-borne MiG-29K fighters by the end of 2015, the Defense Ministry’s press service said.

MOSCOW (Sputnik) — The warplanes will serve as a backbone for a new aviation unit within the Northern Feet.

"To boost the Navy’s aviation component, the work is underway to equip the Navy Aviation [branch] with MiG-29K. This work began in 2013 and will be finalized in 2015," the press service said in a statement, adding the Navy will get more than 20 MiGs.

Russia has been stepping up its presence in the Arctic since late 2014 when it revised its military doctrine to declare the region an area of its interest.

The Arctic is believed to have vast untapped reserves of oil and gas. The five Arctic Circle countries, comprising the United States, Russia, Canada, Norway, and Denmark, are particularly interested in exploring them.