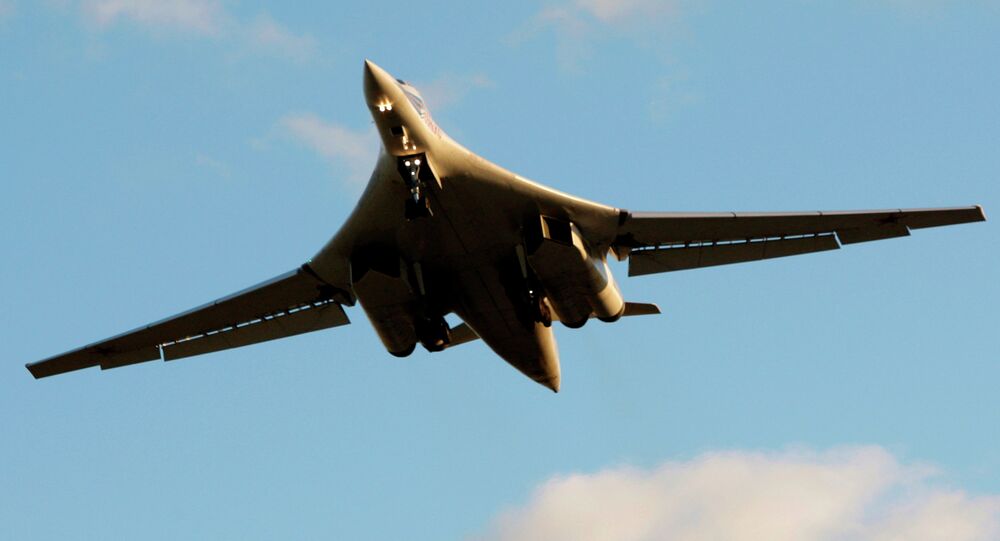 The US believes that Russia “doesn’t yet boast anything comparable to its latest US fifth-generation fighter jets, yet many countries in the world don’t have a need for the most advanced technologies that US boasts”, thus one outlet has turned its eyes to Russia’s fleet of aircraft and came up with a listicle of what it sees as the most dangerous.

But is it the full story?

As it happens, an American magazine The National Interest is fond of listicles.

Having analyzed what Russian navy vessels the US should be concerned about, it has compiled another list, this time of Russia’s most dangerous military jets.

© Sputnik / Vitaliy Ankov
Russia’s 5 Most Deadly Naval Weapons as Seen by US Media
Not because it believes that Russia holds an edge over the US. On the contrary, it believes that it “doesn’t yet boast anything comparable to the latest American fifth-generation fighter jets”. It is just that many countries around  the world “don’t have a need for the most advanced technologies that Western planes boast”.

And prefer to build their air forces around Russian and Soviet aircraft, which “often is an attractive, cheaper alternative to purchasing planes from the United States or European powers.”

Thus “any serious observer of air power around the world” must be aware of what Russia has to offer.

The list however is compiled increasingly, from less technically advanced to the more.

The first on the list is Sukhoi Su-27 (NATO reporting name “Flanker”), an exceptionally maneuverable machine, one of the most agile aircraft ever built.  It is an extremely nimble jet, which can be controlled even at very low speeds and high angles of attack. A Cobra (Pugachev’s Cobra) – briefly sustained level flight at a 120° angle of attack – is a dramatic and very demanding maneuver usually demonstrated by Su-27 during airshows.

The website Air Power of Australia however gave advantage in firepower, speed, raw agility, range and manoeuvre performance to Su-27, while comparing it with The F/A-18E/F Super Hornet.

This is how the Air&Space website describes the aircraft:

“When it first showed up, in 1977, the MiG-29, like its very distant ancestor, the MiG-15, was a startling revelation: The Soviets were catching up with US aeronautical technology.”

“The US intelligence community first learned of the new Soviet aircraft from satellite photos in November 1977, about the time of the jet’s first flight.”

“Simply by looking at the size and the shape of it, it was clear that the Soviets were developing a counterpart to our F-16 and F/A-18,” said Benjamin Lambeth, author of the 1999 book Russia’s Air Power in Crisis and, in the late 1970s, a defense analyst at the RAND Corporation in Santa Monica, California.

“In fact, post-Cold War tests carried out by the German Luftwaffe revealed that the Mikoyan jet was more agile than the F-16,” The National Interest admits.

The MiG-29 is also a multirole fighter and can be equipped with air-to-air missiles like the AA-8, designed for use at close range, and air-to-ground weaponry like the AS-12 missile. The Fulcrum proved to be a highly dynamic platform, and since 1983, has been adapted for a wide array of more specialized roles.

Sukhoi Su-35 comes third. With a NATO reporting name Flanker-E, the aircraft is technically a variant of the Su-27.

However it was The National Interest which back in 2014 called the jet “the most potent fighter currently in operation with the Russian Air Force.”

The magazine admitted that the powerful twin-engine fighter is high flying, fast and carries an enormous payload. That, combined with its advanced suite of avionics, makes the Su-35 an extremely dangerous foe to any US fighter, with the exception of the stealthy Lockheed Martin F-22 Raptor.

One Air Force official with experience on the Lockheed Martin F-35 Joint Strike Fighter told the magazine  that the Su-35 could pose a serious challenge for the stealthy new American jet. The F-35 was built primarily as a strike fighter and does not have the sheer speed or altitude capability of the Su-35 or F-22.

“The Su's ability to go high and fast is a big concern, including for F-35,” the Air Force official said.

As an air-superiority fighter, Su-35 major advantages are its combination of high altitude capability and blistering speed.

“The Su-35 builds on the already potent Flanker airframe, which in many respects already exceeded the aerodynamic performance of the Boeing F-15 Eagle. The Su-35 adds a lighter airframe, three-dimensional thrust vectoring, advanced avionics and a powerful jamming capability.”

“Sukhoi’s PAK FA multirole stealth fighter flies in a league of its own as Russia’s only direct answer to US fifth generation designs like the F-22 Raptor and F-35 Lightning II,” the magazine is writing now.

However in November 2014 the rhetoric was somehow different.

“The analysis that I have seen on the PAK-FA indicates a pretty sophisticated design that is at least equal to, and some have said even superior to US fifth-generation aircraft,” the magazine quoted former US Air Force intelligence chief Lt. Gen. Dave Deptula as saying.

“It certainly has greater agility with its combination of thrust vectoring, all moving tail surfaces, and excellent aerodynamic design, than does the F-35.”

“The Chinese Chengdu J-20 and the Russian Sukhoi T-50 PAK-FA are becoming a real threat to the US Air Force and Navy,” the magazine wrote already in April.

“When you see these next-generation fighters, the PAK-FA out of Russia and the J-20 out of China, and some of their new missile technology, our advantage is dwindling,” the magazine quoted one senior industry official as saying, without disclosing his name.

“Indeed, the PAK-FA appears to be optimized for the air-superiority role like the F-22 more so than the multirole, strike-optimized F-35,” it said last year.

Tupolev Tu-160 strategic bombers (NATO reporting name “Blackjack”)  is incredibly fast for a strategic bomber, achieving a maximum speed of 2,220 km/hour. This far outpaces the American strategic bombers like the B1-B Lancer (1,448 km/hour) and the B-52 (1,000 km/hour). The Blackjack boasts an impressive 7,300 km combat radius.

The Tu-160 is equipped to carry nuclear and conventional weapons. The turbofan-propelled Kh-55MS missile can be launched from the Tu-160 carrying a 200 kt nuclear warhead with an incredible range of 3,000 km.

With all the above in mind, doesn’t Russia “yet boast anything comparable to its latest US fifth-generation fighter jets?” It still remains to be seen.