The chip, developed by the Russian firm Mikron, could be ready for use in credit or debit cards as early as autumn 2015. 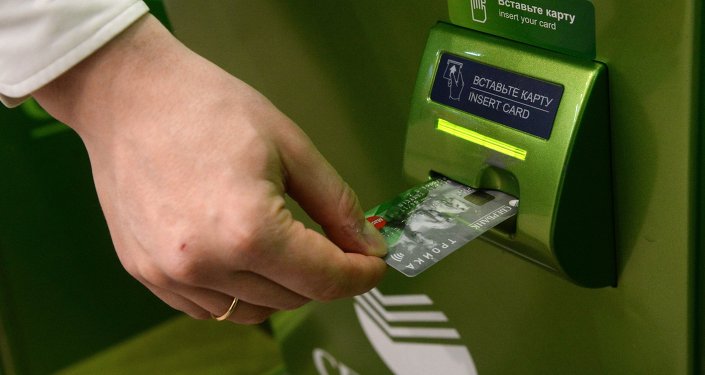 © Sputnik / Mikhail Voskresensky
Meet 'Mir', Russia's New National Payment Card
Russian technology firm Mikron announced on Monday the development of a microchip for debit or credit payment cards in Russia, which will be ready for use with the country's new National Card Payment System [NCPS] as early as autumn 2015.

According to a Mikron representative, the chip has been developed using Russian technology, as an alternative to chip systems developed by competitors such as Atmel in the US, STMicroelectronics, NXP, or Infineon in Europe, or Asian firms Samsung and Renesas.

The microchip is certified according to the EMV [Europay Mastercard Visa] international technical standard for smart payment cards and will also be available to banks in Russia and abroad for use in their payment cards, a spokesman for Mikron told the newspaper 'Izvestiya' on Monday.

“The first version of banking software will be designed for contact technologies, later there will be a version supporting contactless technologies,” said Aleksey Dianov, adding that Mikron expects the first assignment of cards with the new chip, numbering in the tens of thousands, to be ready for issue in the Russian Federation as early as autumn of this year.

“When using imported chips, it is necessary to pay royalties to the foreign holders of cryptographic algorithms, which do not correspond to Russian state standards; additionally, foreign chips could also become subject to an embargo or import restrictions,” explained Dianov.

“Complete domestic development and production guarantees the continuous availability of chips for the Russian banking system. In addition, the issue of chips made in Russia is in keeping with the program of substituting imported products for domestic ones.”

“There needs to be confidence that the chips, which are built into the cards of Russian banks, don't contain, for example, applications which convey information to the authorities of foreign states. When the chip is foreign, there is always the risk of them having 'undocumented features and tabs,' which allow users and their transactions to be monitored.”

Since April 1, card payments made within Russia have been processed through the operational payment and clearing center of the NCPS.

The first issue of cards by the National Card Payment System is planned for December; the card, which is also valid for payments abroad, will be accepted for use across the whole territory of the Russian Federation. The payment cards will have the ability to be used in all types of operations: cash withdrawals, store purchases, mobile phone payments, as well as contactless payments.

The NCPS aims for its card to capture half of the market for payment cards by 2018 in Russia, where according to official figures some 227 million cards are currently in use.