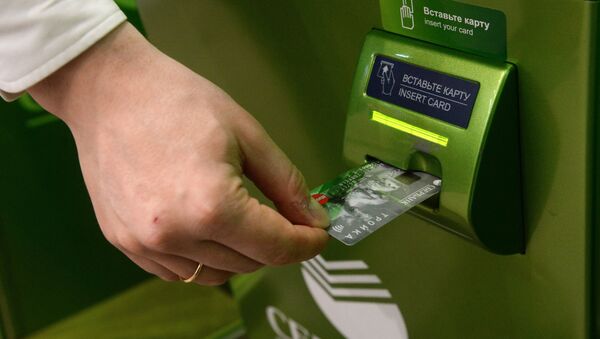 Russia's new national payment card has been given a logo and a name – 'Mir', a word translating into English as both 'Peace', and 'World'. The word is also associated in many Russians' hearts with the Mir space station, our planet's first modular space station, which was assembled in orbit between 1986 and 1996 and operated until 2001. 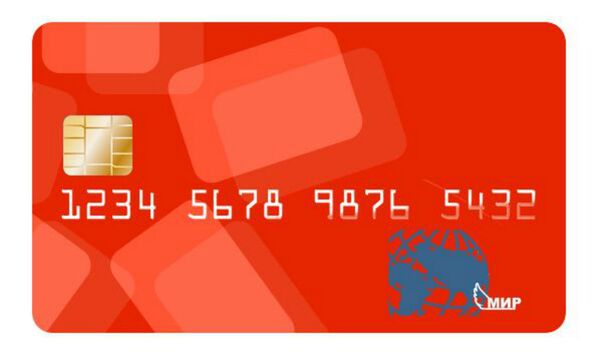 The winning 'Mir' banking card design, featuring Mir attached to a wing and a stylized image of a globe.
© narodnayakarta

The new payment card, to be introduced later this year, received its name following an internet contest launched last month. Users submitted their entries beginning April 8, and the internet voted on the proposed designs a month later. Over 40,000 people voted to determine their favorite design. The winning name and logo design was submitted by a user named 'lentachka!' from Udmurtia, a region in the Russian Urals.

Second prize went to Tatyana from the Samara Region, whose logo was named 'Sokol', the Russian word for falcon. The winner and runner up will receive 150,000 and 50,000 rubles, equivalent to about $3,000 and $1,000, respectively. A formal celebration will be held on May 28.

Russia Switches to National Card Payment System for Business Sovereignty
The National Card Payment System department of the Russian Central Bank revealed earlier this year that Russians will be able to switch to the new payment cards beginning in the third quarter of 2015. The Central Bank plans to issue 100 million cards over the next two years, some of them co-badged with Visa and MasterCard. Payment processing by these companies is already completed inside Russia instead of being routed through data centers in other countries, as per new Russian regulations.