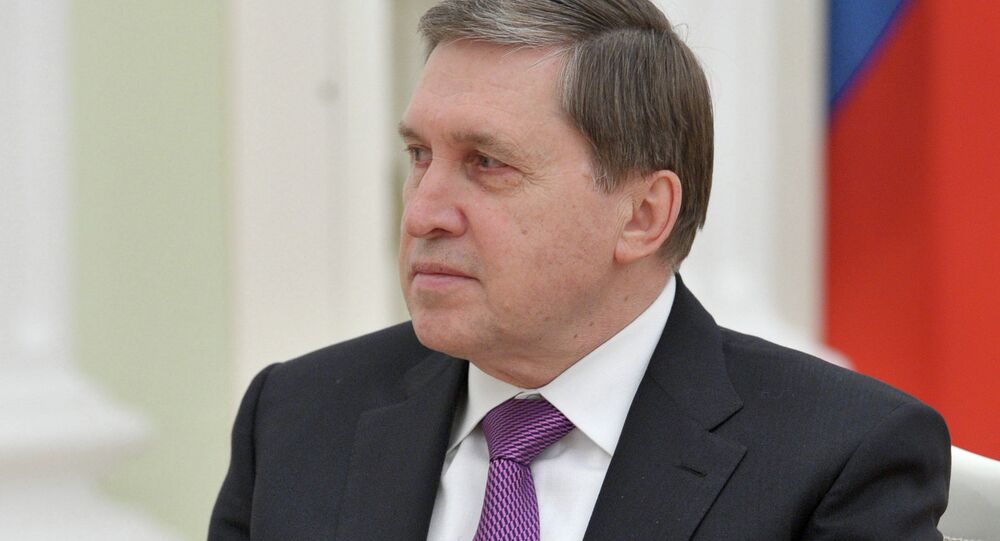 Kremlin aide Yuri Ushakov stated that Moscow is likely to respond to Western sanctions recently imposed on individuals and businesses in Crimea.

“It’s too early to say for sure what will be done in response, but some measures will certainly be considered. However, I have no idea of what they will be like,” he told reporters.

He said that Russia’s response to sanctions should not further aggravate global and domestic economy and political situation.

On December 18, EU leaders banned all European investment in Crimea and the city of Sevastopol. The United States followed with a similar ban on December 19, with President Barack Obama' executive order also prohibiting the export of goods, technology, or services to and from Crimea.

On the same day, Canadian Prime Minister Stephen Harper unveiled a number of new sanctions against Moscow, including restrictions on the export of technology used in Russia's oil exploration.

Russia has repeatedly referred to the Western sanctions as illegal and counterproductive. In August Moscow, replied to the Western restrictions by introducing a year-long ban on some food imports from the countries that had sanctioned Russia. On December 20, Russian Foreign Ministry spokesman Alexander Lukashevich said that Moscow recommends Washington and Ottawa reconsider their most recent sanctions or face new response measures.

“Invitations to attend the 70th anniversary of victory celebrations have been sent to a lot of countries, including to the [North] Korean leadership. There have been first signs that the Korean leader considers coming to Moscow and taking part in the celebrations,” he told reporters.

According to media reports, Russia's President Vladimir Putin earlier this week extended an invitation to Kim Jong Un to attend the annual May 9 Victory Parade. This was later confirmed by Kremlin spokesman Dmitry Peskov.

“The deal on Kyrgyzstan’s accession to the Eurasian Economic Union Treaty is planned to be signed, if agreement is reached in the coming hours,” he told reporters.

The Kyrgyz parliament approved the draft accession treaty earlier on Monday, paving the way to its signing at the Eurasian Economic Union summit due in Moscow Tuesday.

On Tuesday Russian President Vladimir Putin and his Kyrgyzstan President Almazbek Atambayev will discuss issues relating to the adaptation of the Kyrgyz economy to EEU conditions, Ushakov said.

The presidential aide also noted that Russia will grant $200 million to Kyrgyzstan in two years for implementing Eurasian cooperation projects.

The Eurasian Economic Union, which currently comprises Russia, Belarus, Kazakhstan and Armenia and is soon to be joined by Kyrgyzstan, will go into effect on January 1, 2015.

The union aims to boost economic integration of its member states, facilitating the free flow of goods, services, capital and labor.

Economists Say Germany Most in Favor of Lifting Anti-Russian Sanctions