Eurasian Economic Union to Continue Work With US Despite Tensions: Official 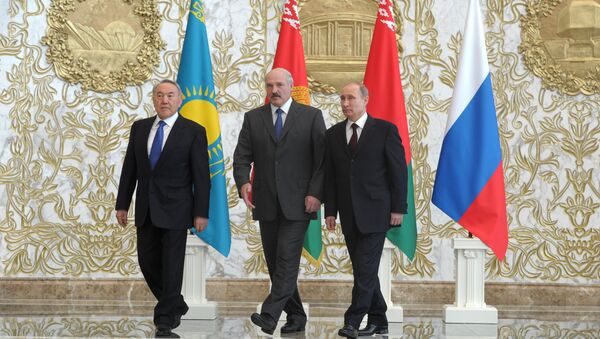 EEU Integration to Decrease Dependency on Dollar, Euro in Mutual Trade
"We continue relations between businesses of our members, and with the United States on bilateral level, and the results in trade are positive," Spassky said.

Even though the relations with the United States were tense, the cooperation in different areas of economy and between various businesses continued, he added.

Spassky also noted that, according to the 2013 data and the data for first part of 2014, the trade between EEU countries and the United States has seen some positive dynamic. 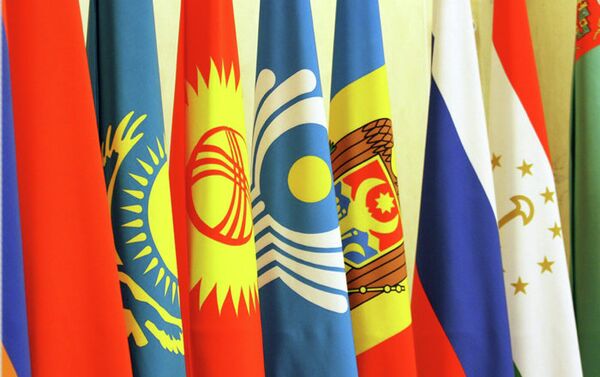 CIS Marks 23rd Anniversary: Facts and Details
Spassky added that the officials were preparing several contracts to be signed in the future once the sanctions imposed by Western countries on Russia were no longer in place.

Russia to Invite US Authorities to Discuss Meat Supplies

The Russian authorities are planning to invite US officials to discuss an issue of antibiotics misuse in American meat, Spassky said.

"We have some problems in this sphere [food trade] with the enterprises of the United States, because food products, meat products in particular, today have some problems with level of antibiotics," the director of EEC Integration Development Department said. "That's why the Russian authorities are planning may be to invite the American authorities in January to sit and discuss this problem."

"Meat products produced in the United States may have more antibiotics than in accordance with the sanitary requirements of the union [Eurasian Economic Union (EEU)]," Spassky explained. "That's why we don't want to buy these products, because the level of tetracycline is pretty high."

Eurasian Economic Commission is a permanent supranational regulatory body set up by Russia, Kazakhstan and Belarus to promote the development of the Customs Union and the Single Economic Space.

In May, Russia, Belarus and Kazakhstan signed a treaty on the establishment of the EEU and have already ratified the agreement that will come into force on January 1, 2015. The republics of Kyrgyzstan and Tajikistan have expressed interest in joining the organization. On October 10, EEU leaders signed an agreement on Armenia’s accession to the union.

The United States and a number of its allies have imposed several rounds of sanctions against Russia over the crisis in Ukraine. The sanctions target Russia's banking, defense and energy sectors, as well as certain individuals.

Moscow has repeatedly denied the allegations that it is involved in the internal conflict in Ukraine, and called the sanctions counterproductive. In August, Moscow responded with a one-year ban on certain food imports from the countries that had previously imposed sanctions against Russia.