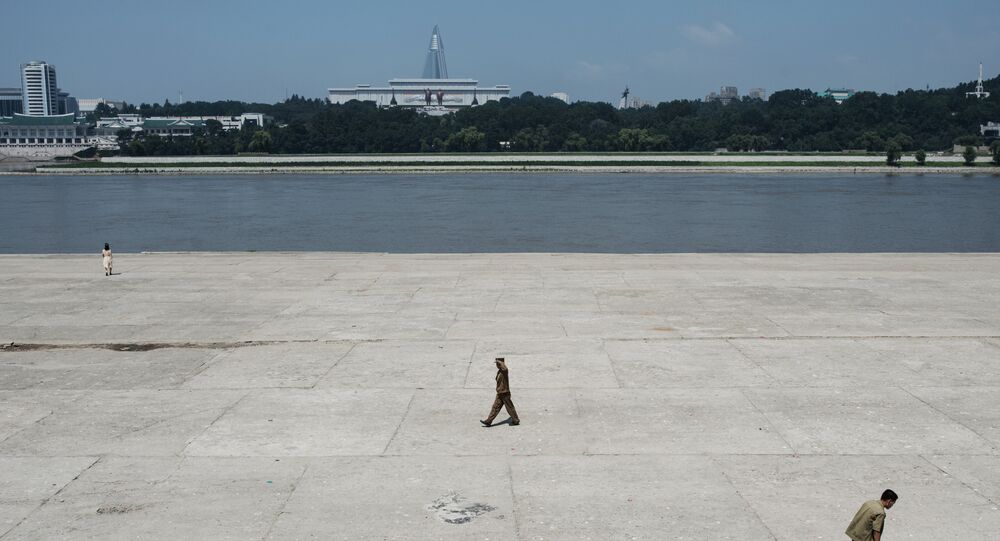 The Russian Foreign Ministry has commented on the newly-adopted UN resolution imposing new sanctions on North Korea drafted by the United States in response to the latest nuclear test conducted by Pyongyang, saying that the document "didn't cross Moscow's red lines."

MOSCOW (Sputnik) — All of Russia's conditions regarding the text of the UN Security Council (UNSC) resolution on North Korea have been taken into account, Russian Foreign Ministry spokeswoman Maria Zakharova said Tuesday.

"During work on the resolution, conceived by its co-authors as an instrument to strangle North Korea's citizens, we managed to remove the absolutley unacceptable points, for example, the demand for the deportation of labor migrants. This point contradicts the humanitarian dimension," she told reporters.

Russia also managed to exempt the joint Russian-North Korean enterprise in Rajin from the sanctions list, and prevented the inclusion of demands for forced interception and inspection of ships on the high seas in the resolution, bringing this part of the document in line with international maritime law, Zakharova said.

© Sputnik / Vladimir Pesnya
Kremlin Explains Why Russia Voted in Favor of UN Resolution Imposing More Sanctions on North Korea
In general, all the fundamental requirements of Russia for the text of the resolution were taken into account, and resolution's co-authors "did not cross Moscow's red lines," Zakharova noted.

Prior to the vote on the resolution, Russian Foreign Minister Sergei Lavrov spoke to US Secretary of State Rex Tillerson concerning the document and voiced Moscow's conditions for Russia to vote in favor of it.

Moreover, the Kremlin spokesman said earlier commenting on the UN resolution draft that the suspension of Russian deliveries of oil products to North Korea as part of sanctions policy is pointless, as their current level is already minimal.