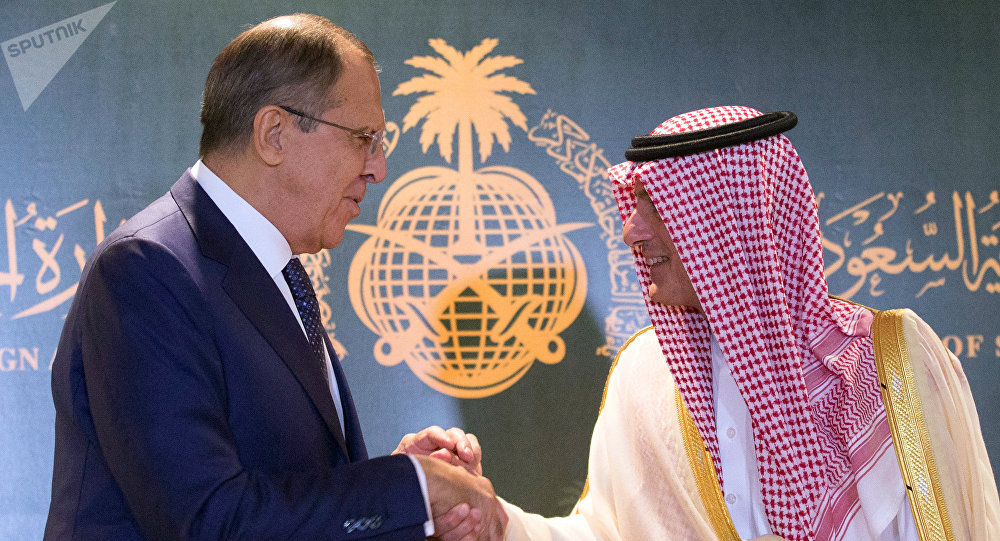 Qatar and its Middle Eastern adversaries must quickly enter into dialogue to solve an ongoing dispute, according to Russian Foreign Minister Sergei Lavrov on a diplomatic visit to the kingdom of Saudi Arabia on Sunday.

Speaking at a news conference in Jeddah, Lavrov detailed that all parties to the regional disagreement must settle their differences through peaceful diplomatic means.

"We have confirmed our position in favor of settling the disagreements by means of negotiations, by directly expressing concerns and achieving solutions which would take into account the concerns and the interests of all parties," said Lavrov, cited by RT.com.

On June 5, the Saudi kingdom, along with Egypt, Bahrain and the United Arab Emirates, severed diplomatic relations with Qatar, after accusing it of being in support of terrorism — a charge the the tiny principality hotly denies.

© AP Photo / Hasan Jamali
Qatar Chumming Up With Iran to Create a New Block Against Saudis?

Lavrov urged the Saudi Arabian monarchy to address the diplomatic row by means of negotiation.

"We are interested in all those mediatory efforts that are currently being made producing results, and the unity of the Gulf Cooperation Council (GCC) being restored," the top Russian diplomat said.

Kuwait and the US have unsuccessfully attempted to mediate the ongoing diplomatic crisis, and Turkey has upped tensions in the area by sending its troops to the Gulf state in a show of support, according to Reuters.

Only last week, Riyadh again suspended talks with Doha, claiming that the monarchy was "distorting facts," following a telephone call between resentatives of each state.

The Saudi Foreign Minister, Adel al-Jubeir, claimed that the powerful Saudi monarchy sought "seriousness in finding a solution to this crisis that leads to the implementation of principles which all countries support: no supporting terrorism, no welcoming unwanted guests, no spreading hate, no intervention in others' affairs," cited by Reuters.

Lavrov and al-Jubeir also discussed plans for military de-escalation zones in Syria, as well as the unification of armed Syrian opposition factions.

"The kingdom supports the creation of de-escalation zones and looks forward to starting a political process that will end the Syrian crisis," the Saudi foreign minister asserted.