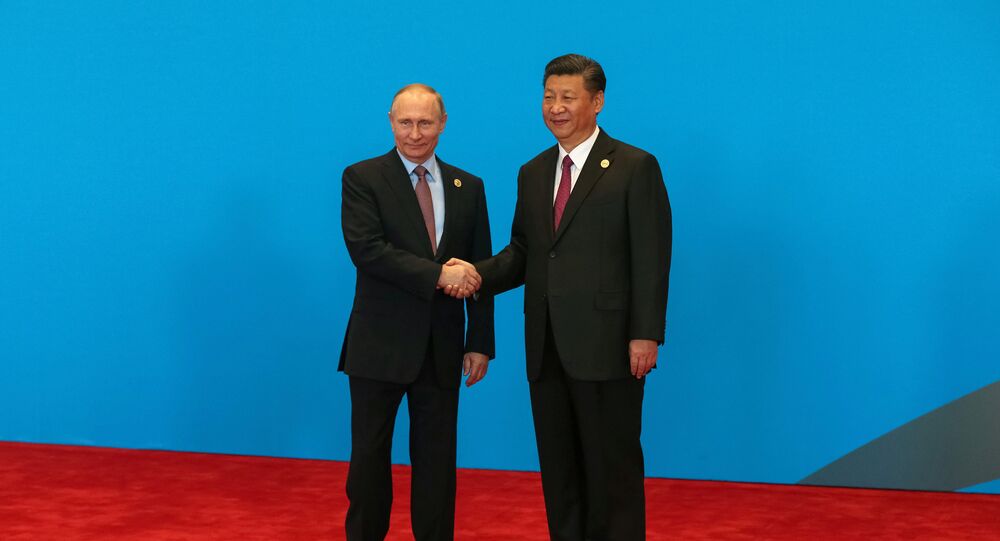 Russian President Vladimir Putin and his Chinese counterpart Xi Jinping agreed to jointly react in a "relevant manner" to Pyongyang's latest nuclear test as they met in the Chinese city of Xiamen in the run up to the BRICS summit.

BEIJING (Sputnik) — China and Russia have agreed to adhere to the policy of denuclearization of the Korean Peninsula and cooperate with respect to the latest North Korea's nuclear test, Chinese media reported Sunday.

The reports emerged after Russian President Vladimir Putin and his Chinese counterpart Xi Jinping held bilateral talks ahead of the BRICS summit in the Chinese city of Xiamen.

The two leaders have agreed to maintain close contacts and to react in a relevant manner to Pyongyang's move, the Xinhua news agency reported.

​The reported test was condemned by a number of countries, including France, Germany, Japan and India.

© REUTERS / Toru Hanai
What North Korea Might Have Actually Tested on Sunday
North Korea claimed a success in a test of a hydrogen bomb that could be loaded on an intercontinental ballistic missile. Pyongyang also said that no radiation leakage had occurred during the test.

A nuclear weapon that was tested by North Korea on Sunday is preliminarily estimated to have a yield of up to 70 kilotonnes, according to Japanese Defense Minister Itsunori Onodera.