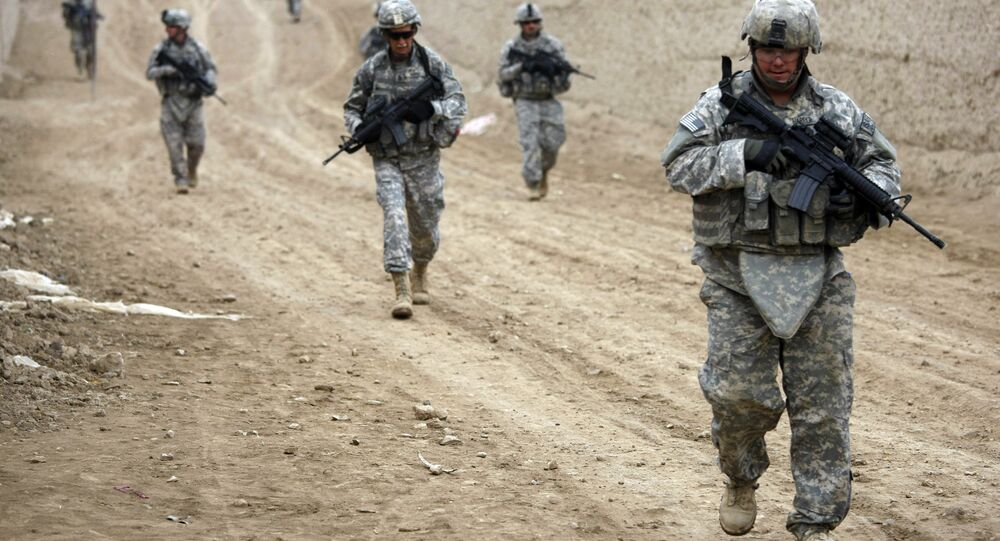 Trump: US Will Not Use Armed Forces to Build Democracy Abroad Anymore

US President Donald Trump said that the United States will no longer use its armed forces to build democracy in other parts of the world.

WASHINGTON (Sputnik) — The United States will no longer use its armed forces to build democracy in other parts of the world anymore, US President Donald Trump said Monday.

"We will no longer use American military in order to construct democracies in faraway lands or try to rebuild other countries in our own image. Those days are now over. Instead we will work with allies and partners to protect our shared interests," Trump said during a press conference in Fort Myer in Arlington, Virginia, presenting a new integrated strategy for the US approach to South Asia.

© REUTERS / Yuri Gripas
Mattis: Some of US Allies 'Also' Ready to Increase Troop Numbers in Afghanistan
According to Trump, the United States will cooperate with Afghanistan as long as Kabul seeks to progress, however this assistance will not be endless.

"We are not nation building again. We are killing terrorists," the president stressed.

Afghanistan has long experienced significant political, social and security-related instability, as terrorist organizations, including the IS and the Taliban radical movement (banned in Russia) continue to stage attacks against civilian and military targets.