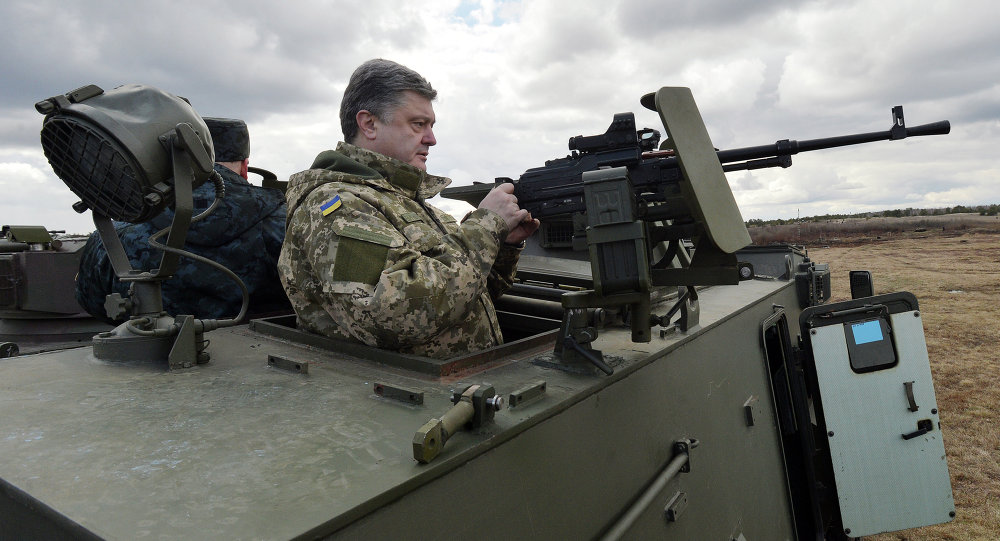 The conflict between Kiev and the self-proclaimed Donbass republics continues to dominate Ukraine’s domestic and foreign agenda. Despite the fact there is no solution in sight, there are three possible scenarios of how the crisis could be resolved in the future.

The conflict broke out over three years ago and since then several major changes have taken place in Ukraine, according to journalist and political commentator Zakhar Vinogradov.

© Photo : Ukrainian Defence Ministry
Kiev Outwits Itself in Donbass Negotiations
Second, over the last three years, Kiev has lost control over the populations of the self-proclaimed republics and missed the chance to establish cooperation with the region.

Third, the DPR and the LPR have formed their own political elites and public institutions, including bureaucratic, fiscal, law enforcement and military services.

"Finally, does Ukraine in its current state really need Donbass and for what? Even if Kiev restored control over the region the Ukrainian government could not afford it. At the time, former Prime Minister Arseniy Yatsenyuk said that the restoration of Donbass would require some $100 billion. Ukraine doesn’t have even one-third of this sum," Vinogradov wrote in an op-ed for RIA Novosti. 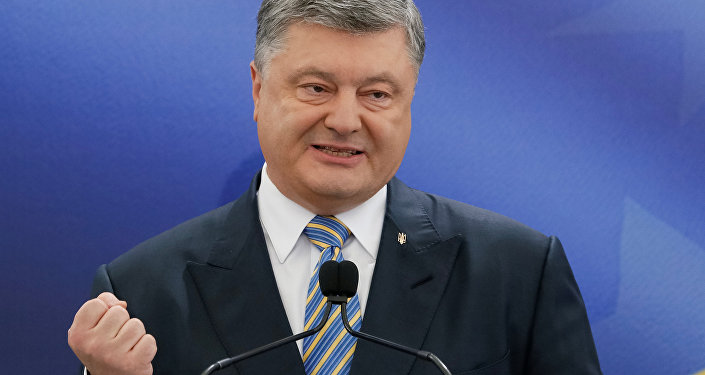 © REUTERS / Valentyn Ogirenko
US Arms Supplies to Ukraine: Poroshenko May Escalate Donbass War to Win Election
Moreover, according to the author, if Donbass were to return under Kiev’s control its population would significantly add to opposition sentiments against Poroshenko. In fact, the current Ukrainian government would not be happy with such a scenario.

"On the other hand, that may sound really strange but Kiev does need Donbass as a protest territory. The whole agenda of the current Ukrainian government is based on the standoff with Donbass and the proclaimed goal to protect national sovereignty and territorial integrity," Vinogradov pointed out.

He added, "The conflict in Donbass is used by Kiev as an ultimate excuse to win political and financial benefits from its Western partners and, at the same time, justify its failures in the face of its own people." 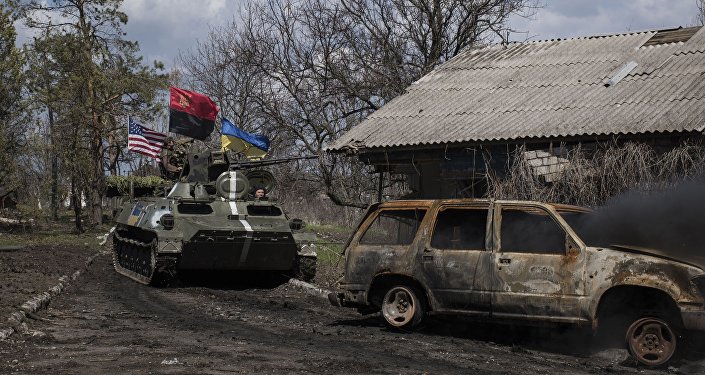 © AP Photo / Evgeniy Maloletka
Kremlin: Putin Said Kiev Failed to Enact Minsk Accords in Normandy 4 Phone Talks
According to Vinogradov, there are three options for the future developments in Donbass. First, the conflict could continue to remain frozen, which is comfortable for Poroshenko and part of the Donbass political elite. Second, Donbass could be officially independent, which is totally unacceptable for Kiev. Finally, Donbass could be returned to Ukraine, but as an autonomous region with political and economic benefits.

The last one would be the most viable and reasonable scenario, but it has also been opposed by Kiev.

Apparently, the conflict cannot be frozen forever, but there is almost zero chance of resolving it under the current government, according to the author.

Vinogradov suggested that the situation would stay the same until there are significant political changes both in Ukraine and abroad.

© Sputnik / STR
Laundromat: How Ukraine's Defense Budget Lost Millions of Dollars
"Neither the US nor Europe will deal with Ukraine without Russia’s involvement. So, the situation is unlikely to change before the Russian presidential election next year. After the election new steps may be possible in the implementation of the Minsk agreements," the article read.

Moreover, the presidential election in Ukraine is planned for 2019, and it could be the turning point.

"The change of president is the essential condition for bringing peace to Ukraine. The new president will be given a free hand to resolve the crisis. Moreover, unlike Poroshenko, the new national leader will not bear the responsibility for fueling the conflict," Vinogradov wrote.

The Donbass conflict erupted in April 2014 as a local counter-reaction to the Maidan coup in Kiev that had toppled President Viktor Yanukovych in February. Residents of the Donetsk and Lugansk regions held independence referendums and proclaimed the People's Republics of Donetsk and Lugansk. Kiev has since been conducting a military operation, encountering stiff local resistance.