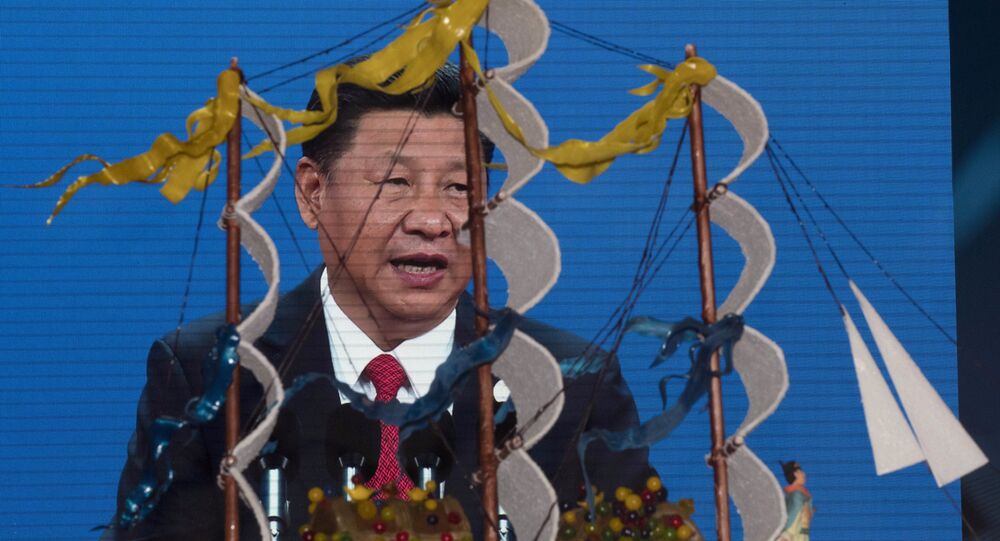 President Xi Jinping is himself is driving China’s controversial island-building and other practices in the disputed South China Sea, according to a Communist Party publication.

"[President Xi] personally steered a series of measures to expand [China's] strategic advantage and safeguard the national interests," an opinion piece in the Friday Study Times, a paper put out by the premier academy of the Chinese Communist Party, the Central Party School.

The article claimed that Xi himself was behind measures supporting the expansion of China's infrastructure work in the sea, sections of which are also claimed by Malaysia, Brunei, the Philippines, Taiwan and Vietnam.

Analysts told the Hong Kong paper that Xi appears to be successfully taking over decision making on China's foreign policy, including giving the go-ahead to moves in the South China Sea and the East China Sea, where Beijing and Tokyo remain at a standoff over the Diaoyu or Senkaku Islands.

Xi, they say, is consolidating power ahead of the coming national congress in the fall, at which key leadership posts are expected to be shuffled and re-staffed.

China has been building military installations, including air bases, missile shelters, communications facilities and other infrastructure, on the Spratly Islands and associated reefs (parts of which are claimed by Brunei, Malaysia, the Philippines, Taiwan and Vietnam, as well as China).

China's extensive infrastructure work in the disputed sea has caused rival claimants like Vietnam and the Philippines to take their territorial assertions to various courts. It even threatened to attack Vietnam's positions in the area if it did not stop oil drilling operations in what Vietnam considers its own territory but which China also claims.

But even when they win international court decisions, as the Philippines did in June 2016, less powerful nations have opted not to press China on the issue, but to merely try to stake their own claims to unoccupied islands first.

However, Beijing has shown some willingness to work with its neighbors, other experts point out. It did work with the Association of Southeast Asian Nations (ASEAN) to finally establish this year a code of conduct for operations in the South China Sea.

Beijing claims essentially all of the South China Sea, through which a third of the world's maritime traffic passes.