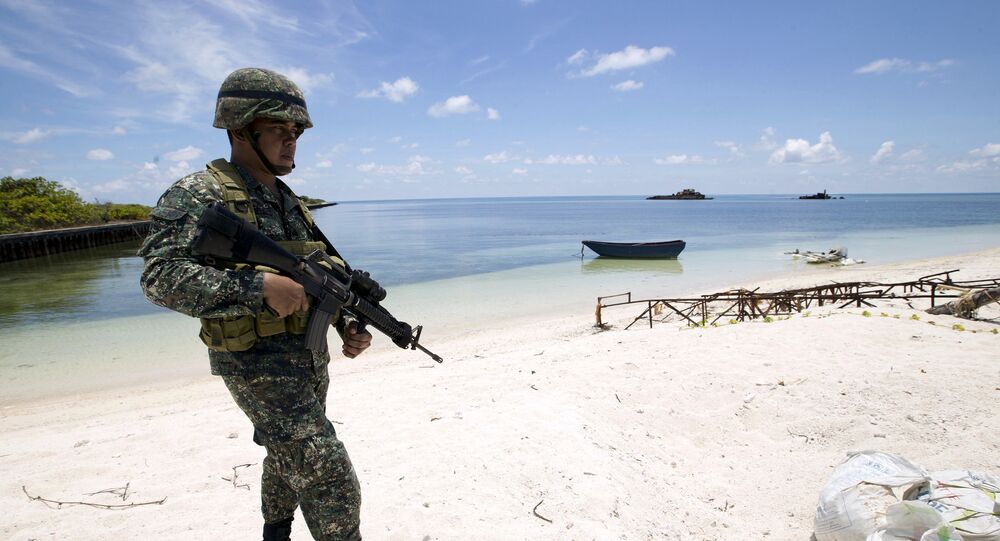 On Thursday, President of the Philippines Rodrigo Duterte ordered the country’s military to occupy all Philippine-claimed islands in the South China Sea.

Duterte added that he ordered building structures and raising the Philippine flag on the islands claimed by Manila.

"We tried to be friends with everybody but we have to maintain our jurisdiction now, at least the areas under our control. And I have ordered the armed forces to occupy all these," the president said at a military camp on Palawan island.

Thus, Philippine structures will be built not far from seven artificial Chinese islets in the area.

© REUTERS / Erik De Castro
Beijing, Southeast Asian Neighbors Report ‘Progress’ on South China Sea Deal
He also said that he would visit the island of Thitu, the largest of the Philippine-controlled Spratly Islands, and barracks will be built for Philippine servicemen operating in the area.

The Spratly archipelago consists of over a hundred small islets, with the largest, Taiping Island, having an area of about 46 hectares. The archipelago sprawls over a total area of over 400,000 square kilometers.

"In the coming Independence Day, I may go to Pagasa island [the local name for Thitu] to raise the flag there," he was quoted as saying by Reuters.
The Philippines marks the 119th anniversary of independence on June 12.

"It looks like everybody is making a grab for the islands there, so we better live on those that are still vacant. At least, let us get what is ours now and make a strong point there that it is ours," he added.

© AFP 2021 / SAM YEH
Come Again? Manila Seeks Answers After China Admits to Building on Its Islands
China and some other regional players, including Japan, Vietnam and the Philippines, have differences over the maritime borders and areas of responsibility in the South and East China Seas.

Beijing says that the Philippines and Vietnam deliberately use Washington’s support to escalate tensions in the region. In July 2016, the Hague's Permanent Court of Arbitration ruled that China has no rights for territorial claims in the South China Sea. According to the ruling, the disputed Spratly Islets are not an exceptional economic zone. China has not recognized the ruling.