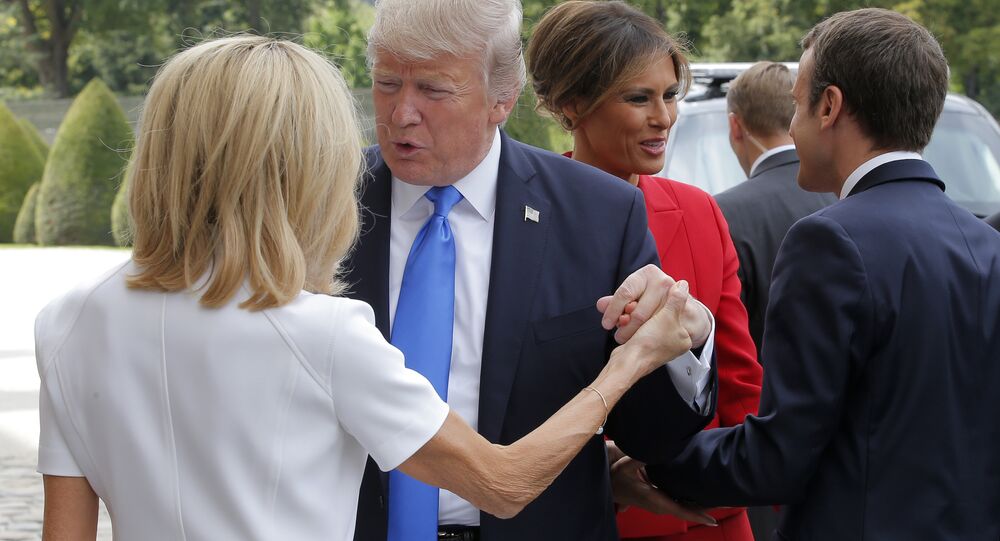 Another day, another “wait, he said WHAT?!” story, courtesy of US President Donald Trump. This time, Trump told Brigitte Macron, the First Lady of France, that she was in “such good shape. She’s in such good physical shape. Beautiful.”

WATCH: POTUS to Mrs. Macron: "You're in such good shape. She's in such good physical shape. Beautiful." pic.twitter.com/DvJPF6aT5l

​The setting this time was Paris, France, during a meeting between Trump and French President Emmanuel Macron. Trump had made the jaunt to commemorate both Bastille Day and the 100th anniversary of the American entry into World War I.

​The First Couples of the United States and of France had just finished a tour of Les Invalides, the grave of French emperor Napoleon Bonaparte when Trump was recorded making his, uh, uncomfortable compliment to the French first lady.

Now THAT is a specimen in good shape. Good thing he holds beauty in such high regard. pic.twitter.com/mYSPDqaqgh

​Trump and Macron have had a strained relationship since the latter's ascension to the presidency in May. The left-wing Macron has criticized several of Trump's initiatives, including his plan to build a wall along the US-Mexico border and for pulling out of the Paris Climate Accord — even suggesting that American climate scientists move to France if they were "disappointed" by Trump's decision.

​They even have directly opposed taste in women: the 64-year-old Brigitte Macron is her young husband's senior by 24 years, even having been his literature teacher in high school. Meanwhile, Trump's 47-year-old wife Melania is 24 years younger than the 71-year-old Donald.