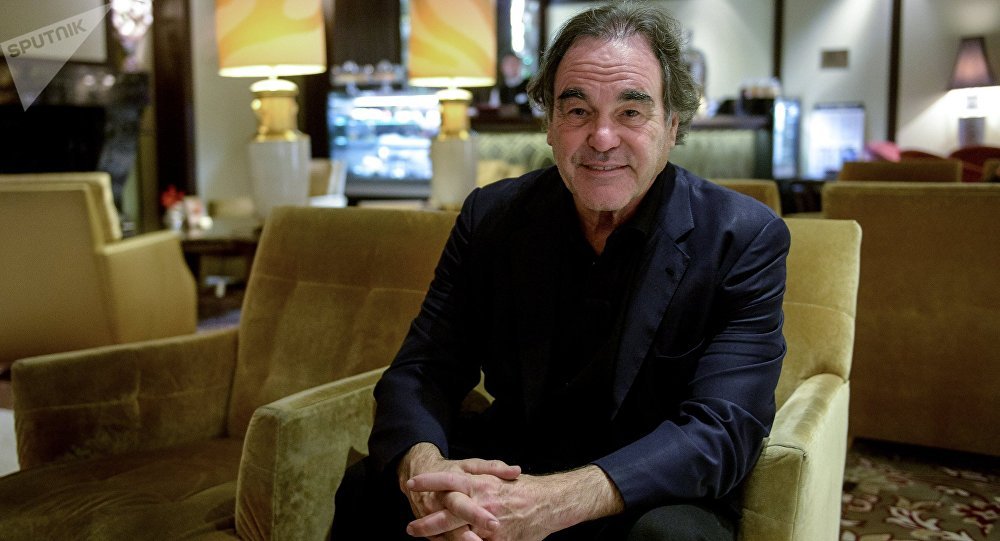 Acclaimed Hollywood filmmaker Oliver Stone revealed that even as the global situation continues to deteriorate and certain Western powers keep promoting anti-Russian sentiment, President Vladimir Putin remains willing to engage in a dialogue with the US.

During an interview with Sputnik, Stone likened Putin to Winston Churchill who, while not being “exactly an exemplary character,” knew when it was the time to bargain and negotiate.

"And that’s a very good point because Mr. Putin has been criticized so much, yet he’s still saying, ‘Look, we can still talk, we can still negotiate, there’s something to be had here.’ And I think he’s so right, and I don’t think we listen very well," Stone said, pointing out that his documentary has already been criticized by people who hadn't even watched it.

However, it remains unclear whether the US leader will be willing or able to reciprocate Putin’s goodwill because, as Stone explained, at this point US President Donald Trump appears to be "totally boxed in."

"There seems to be in the United States a deep state of real power, an elite that seems to govern the country and make these decisions, and that includes the military industrial complex, which is enormous, the corporations, and also you have to include the intelligence agencies; they seem to have extraordinary power which they did not have when I was younger. They’ve come in, and they have grown to a monstrous size, and I think that they are the ones who have created so many problems with Russia, on purpose, and I think they boxed Mr. Trump in. It’s impossible for him, even if he wanted to, to reset relations with Russia," the filmmaker said.

Stone added that "as an ex-soldier and as a man who is aware of world affairs," he can’t help but feel worried about the current situation, as it appears that the US is actually trying "to make enemies" in order to justify its enormous spending on its vast military-industrial complex.

"There’s no reason, there are enemies enough in the terrorists … But the terrorism also comes as a reaction to the over-militarization of the world. The biggest enemy in the world right now is ourselves, the world itself, we have armed ourselves. To sell our arms to somebody, we keep looking for allies, we keep looking for enemies.  And we keep building up our military supply. We are going to blow ourselves up. This is my biggest fear," he confided.

While things appear pretty bleak at the moment, one can only hope that US-Russian relations take a turn for the better in the future, Stone said.

"Certainly, Mr. Putin is willing to talk. He always says, there’s always hope as much as you can be a pessimist. I think that’s crucial to understand that you have to make an effort for peace," Stone said.

Putin Says 'Almost Nothing' Changes With Each New US President

Russia to Give Suitable Response to All NATO Actions - Putin