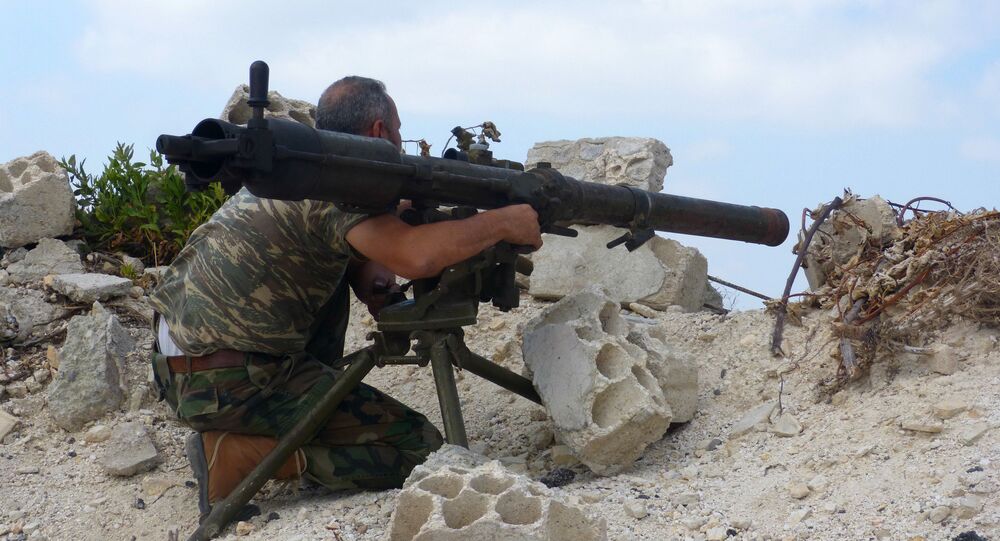 The United States has not missed an opportunity to pit Daesh and the Syrian Arab Army (SAA) against each other, trying to "kill two birds with one stone," founder and director of Gnosos, Ammar Waqqaf, told Radio Sputnik.

The analyst was commenting on reports that the US-backed Syrian Democratic Forces (SDF) have slowed down their advance toward Raqqa, the so-called capital of Daesh's shrinking caliphate, saying two possible explanations have been offered to explain this process.

© AP Photo / Alexander Kots/Komsomolskaya Pravda
Why Washington Doesn't Want Russia and Turkey to Join Raqqa Operation
According to one theory, the Kurds want guarantees when it comes to their place in a post-war Syria. "They would want some assurances from the United States that they wouldn't be left alone [once Raqqa is liberated]," the analyst said.

The other theory has it that the SDF are giving Daesh fighters time to flee the city.

"This in turn explains why Raqqa has not been encircled. From a military point of view, it does make sense to give the enemy the space to flee. Otherwise you would have to confront them in a well-fortified environment. In order to reduce your human resource and military costs, injuries and deaths, you would want them to flee," he said.

In Waqqaf's opinion there is another explanation.

"We believe that this is not new. The United States has always used Daesh in a sort of passive way to fight or to cripple the Syrian Army movements. So this is in a sense no news. They are basically killing two birds with one stone," he said.

© REUTERS / Rodi Said
Washington 'is Going to Want to Occupy Certain Portions of Syria'
The analyst further noted that even if Daesh is pushed out of Raqqa, the militants would be able to regroup elsewhere.

Daesh "would be able to redeploy," he said. "We've seen that before. We've seen movements from Mosul toward Syria that were not obstructed in any way or sort by the US-led coalition. And there is always the fear that should they decide to opt for more confrontation with the Syrian Army and its allies, then they would be happily allowed by the US."